The Global Partnership for Education is to help fund multi-year education projects in Afghanistan, Myanmar and South Sudan.

The education systems of three developing countries will be strengthened by a multi-year funding boost of more than $200 million.

The Global Partnership for Education (GPE) - which focuses on helping some of the world's most vulnerable children - is to give substantial grants for Afghanistan, Myanmar and South Sudan, which have all been affected by conflict.

Children living in conflict areas are at far greater risk of missing out on education - especially girls, who are more likely to drop out of school. More than 60% of GPE’s funding supports the education systems in countries affected by fragility and conflict.

The $209.4 million package almost doubles the amount the multilateral partnership has contributed this year. It has now given $430 million to improve children’s education in more than 40 developing countries and regions.

“These GPE partner countries have each suffered prolonged periods of conflict and instability, drastically impacting children’s chances to learn.”

GPE supports education in some of the world's poorest countries. Its work is complemented by Education Cannot Wait (ECW), which helps children in humanitarian emergencies including conflicts and disasters.

The planned International Financing Facility for Education will work alongside GPE and ECW to create a new stream of finance for countries committed to education reform and investment..

Here's how the newly-announced GPE grants will be used.

It will get $100 million over five years to increase access to basic education, especially for girls in provinces that lag behind the rest of the country.

The funding will be used to build new schools and get more children into school and improve their learning through better trained teachers and a new curriculum.

A results-based portion of the grant is dependent on improved transparency and accountability.

Will receive $73.7 million over four and a half years to support the country’s first national education sector plan. An estimated 23% of children between five and 16 - about 2.7 million - are not enrolled in school.

The grant will help improve the quality of learning and address the education needs of marginalised children. This includes channelling more resources to the most vulnerable schools and expanding non-formal education for out-of-school children.

Many of these out-of-school children are thought to be from ethnic minorities, internally displaced, low-income households or children with disabilities. $14 million of the total grant has been ring-fenced for Northern Rakhine state.

A grant of $35.7 million will support the country's education sector over four years. With a third of its population displaced by conflict, the number of children not in school has significantly increased over the past two years.

Gender disparity in South Sudan is the highest in sub-Saharan Africa - so a special advocacy programme will focus on increasing girls’ enrolment in school. 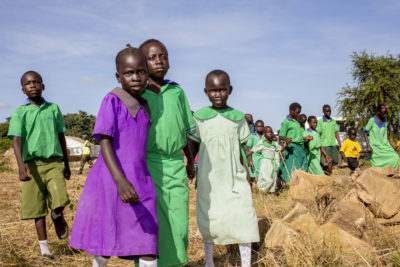 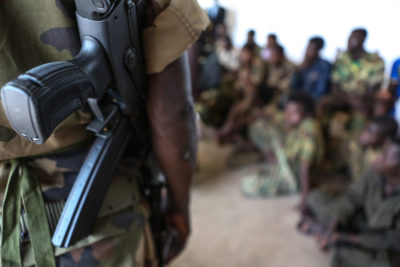