Sakena Yacoobi ignored danger from the Taliban to deliver education to thousands of traumatised children.

An Afghan teacher who braved the threat of the Taliban to bring education to girls has won a global award.

Dr Sakena Yacoobi - who set up 80 secret schools for 3000 girls - was recognised for her outstanding work at the World Citizen Awards in Istanbul.

In a passionate speech, she said: “I was happy to be invited here because the world doesn’t know what is going on with the children who are in war zones, who are in refugee camps, who lost their parents, who lost their homes, who don’t have the environment to quietly sit and read and write or draw a picture ... who every time they hear a sound think a bomb is exploding.

“To work with these traumatised children is joyful. When you look in their face, when they smile and then they play, it is another world.”

Yacoobi paid tribute to her dedicated staff at the Afghan Institute of Learning (AIL) and said the Educator Award is "for children and women in Afghanistan and around the world who are suffering".

Three other humanitarians received World Citizen Awards for their work.

Yacoobi - founder and Director of AIL - also won the WISE Prize for Education in 2015.

She started working in Afghan refugee camps in Pakistan in the early 1990s - training teachers, opening schools for children and learning centres for women.

Yacoobi pioneered a ground-breaking approach that empowered women and communities to bring education and health services to girls living in rural and poverty-stricken urban areas.

In a film shown at the event on the first day of the TRT World Forum, Yacoobi said: “Education has a direct link with living a better life, with transforming civil society, with getting out of poverty. Education can do all these things.” 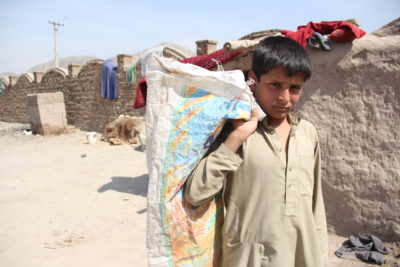