This week Theirworld is looking at the early childhood development workforce who help children under the age of five to grow and develop - today we talk to the Syrian owner of a kindergarten in Turkey.

Every child in the world deserves to fulfil their potential. That means giving them quality care and nurturing in the crucial first few years of their life.

By the time a child reaches five years old, 90% of their brain has already developed. During that time, they need access to quality care, including the five vital areas of nutrition, health, learning, play and protection.

That’s why Theirworld’s #5for5 campaign is calling on leaders to help make early childhood development a top priority.

The early childhood development workforce has a key role to play. In a special series this week, Theirworld talks to teachers, health workers and day care owners and managers about the challenges and the joys of helping to give children the best start in life.

I am the owner of Big Hugs, a Syrian-run kindergarten in Turkey which has 42 students from Syria, Iraq, Sudan, Egypt and Ethiopia. I am also chief co-ordinator of White Hands, a local NGO.

In general I have my job from 9am to 5pm but I come to Big Hugs for an hour before I start work and an hour in my lunch break.

My two daughters are students here and originally I started Big Hugs as a day care. Being a working mother I needed a place for my children to be looked after while I was at work.

I first hired a babysitter. Although she taught them the alphabets and she was a good sitter, I could see my children were frustrated as they weren’t interacting with other children.

They were often bored and weren’t leaving the house much. So then I hired two rooms in the same building I worked in and opened up a day care for the parents in the office.

It turned out to be really popular so I ended up opening a kindergarten. We now have 42 children. We have a nursery for children aged one to two and half years;  KG1 where the children are two and a half to three and a half; KG 2 where they are three to four years old; and K3 where they are four to five.

Most of the children are from middle-class Syrian families. They are obviously all refugees now. We also have parents who work for NGOs here from other countries too.

Most of the parents pay a fee for the children to attend the KG but our fees are much lower than the Turkish ones. For those who are out of work and struggling financially we offer some discounted and free places.

As there are no free government-run KGs, parents must pay for their children’s education. And with many Syrian parents unable to work and thus unable to afford the KGs, they become a luxury rather than a necessity to the families.

The other challenge the Syrian parents face here in Turkey is whether to send their child to a Turkish or Syrian KG - Turkish ones don’t offer Arabic language lessons and many parents want their children to learn the Arabic alphabet. But here the children will learn Turkish, Arabic and English.

Being a refugee in Turkey is very challenging. Parents are under a lot of pressure to provide for their families. They’ve also lost the lifestyle they once had and were accustomed to back in Syria.

Before, the family would live in a large house with a car and a pleasant lifestyle. Now they are forced to live in a small studio with many of their extended family. The children have few toys and very little space to play and be alone.

The children who first come here have many problems. They are frustrated, stressed and can be angry and fight. But fortunately our staff are well trained and are very talented at helping them adjust to their new surroundings.

With children coming from a war zone, they can be frightened and intimidated by their new surroundings and the other children. But we work hard to integrate them into their classes and build their friendships.

All the staff are trained in child safeguarding and psychosocial support. And we are always looking to develop our training further.

We have installed cameras that allow the parent to log from wherever they are and check up on their children and see them in their classes.

The day is from 9am to 2pm and there are some children that stay till 5.30pm. We have Arabic, English and Turkish classes which are taught by different teachers. We also have daily religious and sports classes and maths lessons.

The children are taught through creative ways like art, songs and stories. We also have behavioural classes, where we teach the children how they should interact with each other, about manners and how they should communicate with their parents.

Every Friday we have an activity day, where we will take them out and do something fun with them, like a picnic or a barbecue in the park.

Every day the children receive a nutritional breakfast and lunch. The food is all healthy and we have a cook who makes the food in our kitchen.

We have an Imam here who teaches the children how to wash their hands before and after their food. And every three months a nutritionist comes to the KG and tests the children and we send back the results to their parents.

We are working on getting a doctor to come to the KG every two months to make check-ups on the children.

Every two months we have a parents' day where we provide an update and evaluation on how their child is getting on, the problems we are facing and the support they need to provide at home.

We also have activity days where we get the parents involved in a game with their children – like making sock puppets or putting on a sports day.

As many parents work it’s difficult for them to engage with the children, especially after a long day's work. So we find this helps open up communication between the children and the parents.

As most of the children here come from Syria and their families have fled their country and no longer have their friendship or family networks to support them, there is a feeling of lack of trust between people.

So we have installed cameras in all our rooms that allow the parent to log in online from wherever they are and check up on their children and see them in their classes.

I studied art and fashion at university in Syria. So for me it was important to make the classrooms colourful and filled with the children’s artwork.

So on the walls there are many pieces of art the children have made. This also helps build their confidence and psychosocial wellbeing. 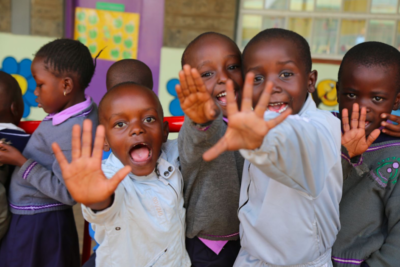 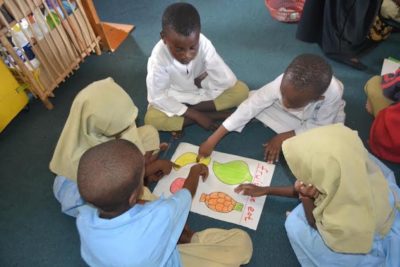 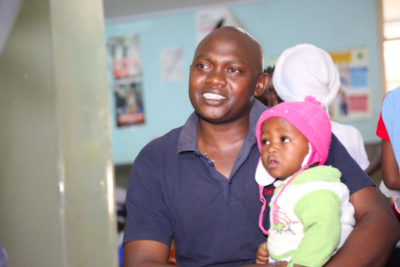 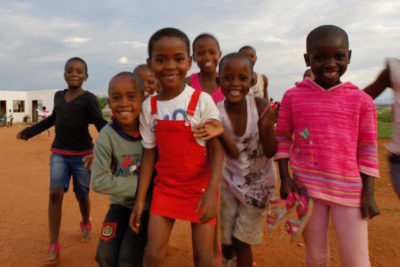