This page tells how children may become street children and what that means for their lives. They miss out on their right to education and are vulnerable to exploitation. Because their situations can be complex, specific approaches and solutions are needed to help them get into learning.

Street children and homeless children are living in cities, towns and villages all over the globe, regardless of the economic climate of the country.

The United Nations estimates there are up to 150 million street children in the world. No one knows the exact number because they are often unknown to social care and government organisations.

Street children can have complex circumstances and are very vulnerable to exploitation and violence. It’s hard to reach them with vital services such as education and healthcare. They miss out on their right to education because they are trying to support themselves or their families, so less formal approaches might be needed to try to get them into learning.

↑Who are street children?

The circumstances for street children can be very complex and there can be lots of different reasons for their situation.

Many other children have run away from home or an institution to escape psychological, physical or sexual abuse. They have no home except for the streets and may move from place to place, living in shelters and abandoned buildings.

Some children are homeless with their families. They may be displaced due to poverty or natural disasters or are refugees from areas of conflict. The family will move around frequently, taking their possessions with them. These children often work on the streets with other members of their families.

Others may be children with disabilities who have been abandoned by their families, children separated from their families for long periods of time, or children affected by or orphaned due to HIV/AIDs.

About 75% to 90% of children living on the streets in many countries are boys, according to the International Day for Street Children in 2016. This can be because girls are considered to be more "useful" in some cultures to be in the home, to cook and take care of younger siblings. But in other countries there can be an equal number of boys and girls who are street children.

The term "street children" can be problematic as it can be seen as a negative label. One of the problems for these children is they are often viewed by mainstream society as a threat and a source of criminal behaviour.

“Any girl or boy who has not reached adulthood, for whom the street (in the widest sense of the word, including unoccupied dwellings, wasteland, etc.) has become his or her habitual abode and/or source of livelihood, and who is inadequately protected, directed, and supervised by responsible adults.”

Some street children may have very low-paid work such as shining shoes or selling goods on the streets. Some children may scavenge for food or beg. Others are exploited by gangs and criminals and end up selling drugs, stealing and in prostitution. Their situation and the need to earn money for survival will likely prevent them from being able to access schooling.

There are health issues for children who live and work on the streets. The lack of medical care and inadequate living conditions mean they are more susceptible to chronic illnesses. They may also be at greater risk of sexual and other violence, exploitation, drug use etc.

It's common for street children to be in unsafe situations. They are frequently harassed or harmed by the police and often find themselves in conflict with the law. As a consequence many street children use drugs, including alcohol, cigarettes, heroin, cannabis and glue, to help them deal with the hardships they experience.

They can feel very alienated from societies that see them as criminals. They may consider official authorities to be threatening and will be very wary of government or organised initiatives.

In 1992, the United Nations issued a Resolution on the Plight of Street Children, expressing concern over the emergence and marginalisation of street children, and the acts of violence against them. The Resolution called for international cooperation to address the needs of homeless children and for enforcement of international child rights laws.

As a result, there have been initiatives to assist street children, often through shelters which have programmes to provide safety, healthcare, counselling, education, vocational training, legal aid and other social services.

UNESCO works to develop basic education for street children while also trying to prevent children in difficulties from ending up on the streets.

Formal education, such as requiring them to attend school, may not necessarily be the right solution for street children because of their circumstances and their previous experiences with authority.

Alternative approaches are to use dance, music, sports, circus skills and art projects as ways to draw street children into learning. These can then provide pathways into more mainstream education later on.

The focus is on creating specialised education activities and workshops that can bridge formal and non-formal education - creating classroom environments and training teachers in methods that support inclusive education. Some of these approaches now form part of UNESCO’s Programme for the Education of Children in Need. 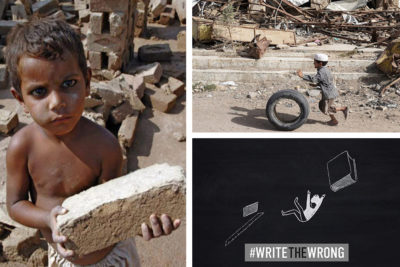 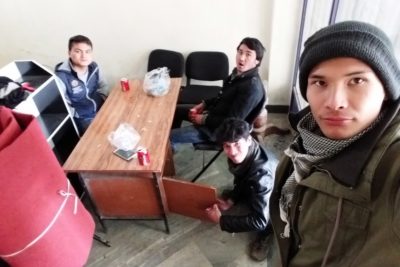