Four years after the mass abductions, a second man has been jailed for his part in Boko Haram's reign of terror against education and civil rights.

More than four years after the Chibok school abductions, a second man has been jailed for his part in the infamous attack.

Banzana Yusuf was sentenced to 20 years in prison for the "planning and kidnapping" of 276 Nigerian schoolgirls, which led to the global #BringBackOurGirls campaign.

In the immediate aftermath of the 2014 attack by Boko Haram gunmen on the secondary school in Borno state, 57 girls escaped. Another 107 have since been found or released.

The only other conviction was in February, when Haruna Yahaya, 35, admitted involvement in the Chibok abductions and was given two 15-year jail sentences.

Boko Haram's reign of terror against education and civil rights has destroyed schools across northeast Nigeria, which had poor levels of education even before the conflict began in 2009 - particularly among girls.

The group has abducted more than 1000 children since 2013, the United Nations children’s agency UNICEF said in April.

Figures last year revealed that more than 2295 teachers had been killed and 19,000 displaced while nearly 14000 schools had been destroyed.

In February, 110 girls were kidnapped from a school at Dapchi in Yobe state. Soon after, most were returned unharmed - and only one girl is still missing.

He said: “I want to reassure the world, Nigerians and the families of the remaining kidnapped Chibok girls and Leah Sharibu of the Dapchi School girls, that this administration will not relent in our efforts to see that they are all released.”

The sentence for Yusuf was revealed by the Nigerian government yesterday. He is from Yobe state - but no other details were given about his age, identity, the exact charges, the circumstances of his arrest or what was said in court.

Yusuf and Yahaya were among 1669 Boko Haram suspects brought before four special civilian courts at a military barracks in Kainji, in Niger state.

Trials began in October but media have to rely on government statements to find out what's happening. 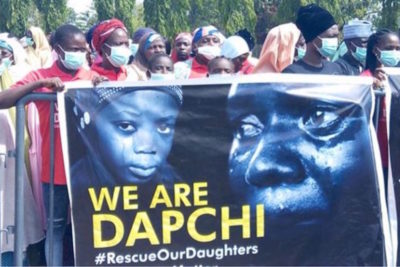 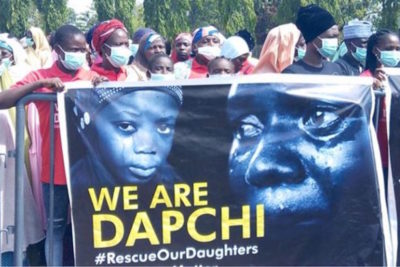 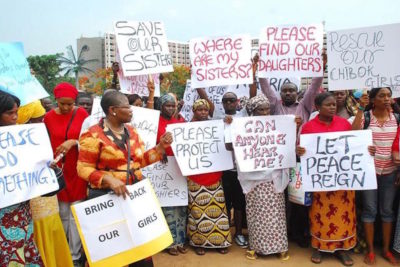 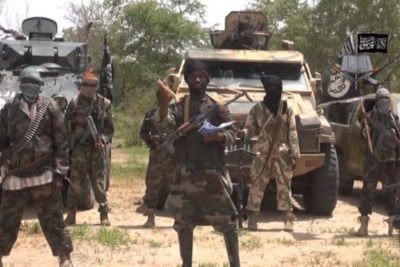