Our roundup includes the good news that more unaccompanied children are leaving refugee camps on the Greek islands for a new life.

The Global Business Coalition for Education and the BHP Foundation have announced a major multi-year initiative to make it easier and more impactful for businesses to address the global education crisis.

Business Investment for Education Impact (BIEI) will develop new tools and resources to increase the impact of the more than $4 billion invested annually by business in education and encourage more companies to make education a sustainability priority.

Before the pandemic, more than 260 million children globally were out of school. It is estimated that by 2030 more than half of the 1.6 billion young people will not have basic skills for employment.

The impact of Covid-19 has pushed even more young people to the margins by increasing inequalities for students not able to access distance learning technologies and limiting employment prospects for new graduates.

Charles (Chip) Goodyear, Chairman of the BHP Foundation, said: “While many companies and foundations all seek the same objective, it sometimes feels like we don’t speak the same language. Today the private sector largely lacks the tools and resources to understand the global education landscape and make more informed investment decisions to impact children and young people.”

Sarah Brown, Chair of Theirworld and Executive Chair of GBC-Education said: “We strongly believe that the business sector has the knowledge and expertise to drive innovation and social impact in education.”

Chip Goodyear and Sarah Brown wrote a blog about the initiative for CITY A.M. Read it here.

We thank the governments of Portugal and Finland for their #EUsolidarity with the 49 relocated children and with Greece.

Forty-nine unaccompanied and migrant children who had been living for months in overcrowded refugee camps on the Greek islands were relocated this week to Portugal and Finland.

As he boarded a flight in Athens, 16-year-old Mehrang from Afghanistan said: “I am really excited about it. I do not know much about Portugal but I am making positive thoughts about my new beginning.

"I am looking forward to going there and joining the local school. I want to become a psychologist and communicate with other people."

There are more than 10,000 school-age children in camps in the Greek Aegean Islands and fewer than 15% have any form of education. Last month Theirworld was awarded 1.35 million euros ($1.53 million) to fund emergency education for thousands of them during the pandemic.

The Global Partnership for Education (GPE) has approved grants totalling $381 million to help 47 countries respond to coronavirus-related school closures and ensure children are continuing to learn.

Nearly 720 million students are still out of school in developing countries, where the combined impacts of school shutdowns and economic hardship threaten to reverse decades of hard-won gains in education.

“There is a real risk that millions of the most vulnerable children, especially girls, will never set foot in a classroom again,” said Alice Albright, GPE Chief Executive Officer. “Our emergency funds are helping partner countries keep children engaged in learning and make sure they can return when schools reopen.”

Meanwhile, Nigeria has dropped a plan to allow some students to return to school because of a continued increase in the number of infections. Hong Kong also announced today the suspension of all schools from Monday after a spike in coronavirus cases.

What a proud moment for me, my organisation & India! My son Neeraj Murmu won prestigious #2020DianaAward for his exemplary work in spreading education. He was a child labourer in dangerous mica mines till 2011. @DianaAward pic.twitter.com/movxTNu7H3

A former child miner who set up a school in his village in India to save other children from that fate has been named among the winners of an award set up in Princess Diana's memory.

Neeraj Murmu, 21, started the school four years ago in Jharkhand, one of India's poorest states, after he was rescued and enrolled in school aged 11.

"I used to feel scared working in the mica mine but there was no option. We had to do work to earn money ... but I tell parents now that children need to study," said Murmu, who is now a political science student.

The school - named after the founder of the charity that rescued him, Nobel laureate Kailash Satyarthi - has 100 students.

Out-of-school girls 'at risk of violence and HIV'

Coronavirus lockdowns have hindered the fight against HIV infection in girls and globally by limiting their access to education and protection from sexual violence, the UN has warned.

Governments' focus on tackling the pandemic has also shifted attention and resources away from protecting vulnerable populations from HIV, according to a study by the Joint United Nations Programme on HIV and AIDS (UNAIDS).

"Lockdowns have brought a higher risk of violence against girls. Millions are out of school today. Women in the informal sector have had their income taken away," said Winnie Byanyima, the executive director of UNAIDS.

The agency highlighted the risk of domestic violence and HIV infection for women and girls in sub-Saharan Africa, who already accounted for 59% of new HIV infections in the region in 2019. 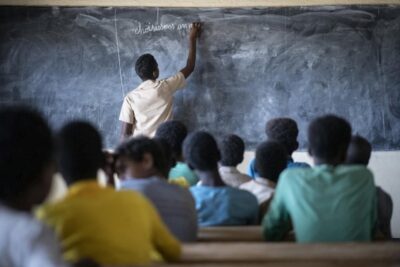 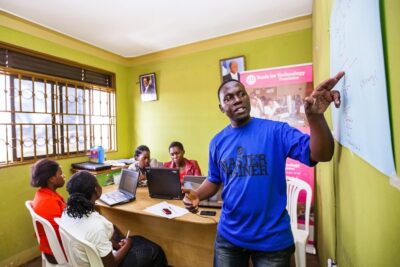 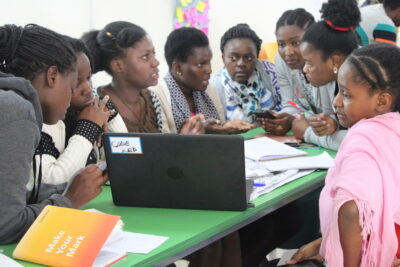