Our roundup looks at how coronavirus has put nearly 300m children out of school, how girls still face high levels of violence and school meal programmes in Africa.

The effects of the coronavirus outbreak continue to be felt in education systems around the world. Schools have been closed in at least 22 countries on three continents and the United Nations says 290 million children are having their education disrupted as a result.

This includes the complete shutdown of all schools in South Korea, Lebanon, Iran, Japan, northern Italy, the United Arab Emirates and part of Pakistan. China - where coronavirus first struck - shut down schools in several regions weeks ago.

“We are working with countries to assure the continuity of learning for all, especially disadvantaged children and youth who tend to be the hardest hit by school closures,” said UNESCO Director-General Audrey Azoulay.

In Iran, where 107 people have died, all schools and universities will be closed until the end of the Iranian calendar year on March 20. Italy, where there have been over 3,200 confirmed cases and almost 150 deaths, closed all schools and universities from yesterday until at least mid-March. Until now, only those in the northern regions most heavily affected had been closed.

The UAE announced on Tuesday that schools and higher educational institutions will be closed for four weeks. The spring holidays, which were due to run from March 29 to April 12, will now start on Sunday.

290 million students out of school due to #COVID19: @UNESCO releases first global numbers and mobilizes response.

South Korea will postpone the start of the new semester by two weeks to March 23. The education ministry will provide digital textbooks and online classes so students can avoid any study gap. Japan said there was a chance schools could be closed longer than one or two weeks, depending on the spread of the outbreak.

Lebanon closed all schools from February 29 until this Sunday as a precautionary measure. The State of Palestine yesterday announced the closure of all kindergartens, schools and colleges during a national 30-day state of emergency.

In Pakistan, the southern province of Sindh extended the closure of all educational institutions following the confirmation of a second coronavirus case in Karachi, the country's largest city. Schools in Sindh have been closed since last week.

India has shut all primary schools in New Delhi, while the United States, Greece, France, Germany, Ukraine, Australia and the UK are among other countries that have localised closures..

More girls are going to school and staying in school than ever before - but remarkable gains in education have made little headway in helping shape a more equal, less violent environment for girls, says a new report.

UNICEF, Plan International and UN Women said the number of out-of-school girls has dropped by 79 million in the last two decades.

But girls today are at a startling risk of violence online and in the classroom, home and community – leading to physical, psychological and social consequences.

UNICEF Executive Director Henrietta Fore said: “Access to education is not enough – we must also change people’s behaviours and attitudes towards girls. True equality will only come when all girls are safe from violence, free to exercise their rights and are able to enjoy equal opportunities in life."

Education Cannot Wait - the fund for education in emergencies - is partnering with the global philanthropic organisation Porticus to develop, test and document holistic solutions towards measuring children's learning in crisis-affected countries.

The pilot programme will be implemented in three countries between now and 2022. Bangladesh and Ethiopia are shortlisted and a third country is in the process of being selected.

"This partnership looks beyond getting children back in school, focusing on learning, child development and well-being,” said Gerhard Pulfer, Porticus representative for Education in Displacement.

"With this focus on measurement we can better understand whether and how children being exposed to multiple risks and adversities can develop the academic, social and emotional skills and competencies needed to achieve their full potential."

30 million African children eat a meal at school every day. 39 countries have national school feeding programmes. But across the continent, 61 million children go to school hungry.

We need to bridge that gap and make sure that no child is left behind. Let's get it done! 👏 #ADSF pic.twitter.com/pVEi3WdXhn

Many countries celebrated Africa Day of School Feeding this week - with more than 30 million children on the continent now benefiting from school feeding programmes.

“Investing in the next generation is an investment in our common future. We see how school feeding programmes are changing the lives of millions of people across Africa and the world - especially girls - and unlocking their potential,” said David Beasley, Executive Director of the World Food Programme.

School meals ensure that children are healthy and well-nourished, enabling them to attend school, learn, thrive and fulfil their potential.

Improving access to primary education for women could be a cost-effective measure to combat malaria, according to a new report.

The findings from a study in Uganda showed that primary education for women had significant effects on the levels of malaria infection in children five and under.

While pointing out that this was a limited local study, author Kazuya Masuda said: "Reform to expand access to primary education for girls should be an effective means to improve malaria control". 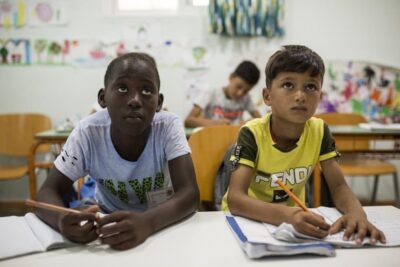 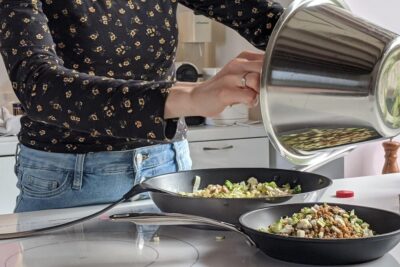 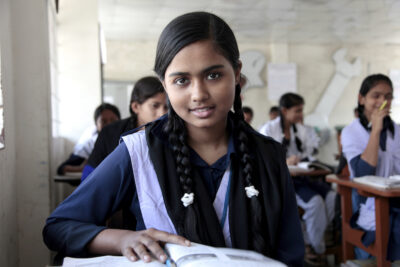