Vulnerable children in Colombia learn through play - plus a Palestinian woman forced out of school at 12 earns a degree at the age of 85.

Children in northern Colombia - where conflict, displacement and the pandemic have forced many out of school - are being given hope and learning through play.

The Norwegian Refugee Council (NRC) and The LEGO Foundation are working together to reach the most vulnerable children and provide them with safe spaces and nurturing care.

“Covid-19 has exacerbated an already tough situation for many displaced families in northern Colombia and limited many children’s access to education. This is deeply concerning,” said Dominika Arseniuk, NRC’s country director in Colombia.

"Children in crisis settings not only need learning opportunities but also ways to address their own stress - and the routines and sense of normality a school or day care can offer."

Colombia is home to one of the world’s largest numbers of internally displaced people. It also hosts 1.7 million migrants and refugees who fled the crisis in Venezuela. About 125,000 Venezuelan children in Colombia are not in school and many Colombian children have lost years of valuable education due to violence in parts of the country.

Funding from The LEGO Foundation allows NRC to train parents and other caregivers on how to support distressed children's development, learning and wellbeing needs. NRC also trains people from the community, so they are better equipped to welcome and support displaced children and families.

Mum María Lugo, who attended an NRC workshop, said: “I usually work long hours Monday to Saturday, looking after other people’s children, in order to earn enough money. Today we learned that through play we can create and share as a family and that everyone can contribute with their own knowledge.”

Three boys, a girl and a teacher were killed on their way to school on Wednesday by government shelling in the Syrian province of Idlib, according to UNICEF. The agency said: "We repeat our calls to those fighting that children are not a target. They should be protected at all times especially in times of conflict.”

Save the Children said all schools in the area have been suspended until further notice. Students who were already at schools were evacuated, while all other children and teachers were told to remain at home.

UNICEF also revealed this week that the conflict in Yemen has killed or maimed 10,000 children since it began in 2015 - the equivalent of four every day. More than two million children are out of school and another four million are at risk of dropping out, said agency spokesman James Elder after visiting the country.

Two-thirds of teachers - more than 170,000 - have not received a regular salary for more than four years. Elder said: "While displacement and the destruction of schools have meant classrooms can have as many as 200 children in them, teachers turn up. Yes, unpaid teachers turn up and teach."

School dropout gets her degree aged 85

A Palestinian grandmother earns her degree aged 85-years-old. Jihad Butto dropped out of school in 1948 when she was 12-years-old pic.twitter.com/kkPbcqE1Kh

A Palestinian woman who was forced to drop out of school when she was 12 has earned a degree at the age of 85.

Jihad Butto - who took courses in languages, religion and mathematics at a college in Nazareth - said: "I have loved education since I was young. When I heard about an opportunity for education, I went for it."

She had to leave school in 1948, when more than 700,000 Palestinian Arabs fled or were expelled from their homes during the Arab-Israeli war.

Butto, a mother of seven and a grandmother, enrolled for studies at the age of 81. She is now teaching other women in her community.

Some boys in Afghanistan are refusing to go to school because their sisters and other girls are being excluded, Save the Children has reported.

The organisation said it has been hearing from boys who are refusing to go back to lessons in solidarity with female students after the Taliban stopped them from attending secondary schools.

A 13-year-old wrote a letter to his sister which said: "I know you wanted to become a doctor but now you are tailoring at home. So I decided, until girls’ schools open, I will not go to school and I won’t have wishes for my own future too.”

Hassan Noor, Asia Regional Director for Save the Children, said: “We want every child to be in the classroom - but the incredible resolve of these boys stands as an important reminder that when girls are held back, we are all held back."

Thousands of children returned to school in Australia this week, ending months of home learning.

In Victoria and New South Wales states, students in kindergarten and years 1 and 12 are back now and other grades will return next week.

But Latvia is shutting down schools again as part of a new lockdown for the next three weeks to try to slow a spike in infections.

In the United States, CNN reported that the Centers for Disease Control and Prevention is considering a programme to allow students exposed to Covid-19 in school to still attend classes rather than quarantine at home - as long as they test negative and show no symptoms. 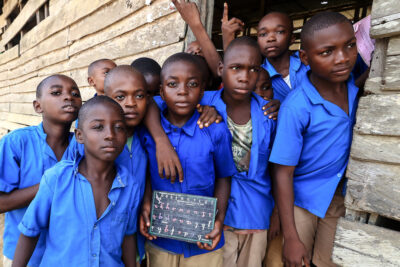 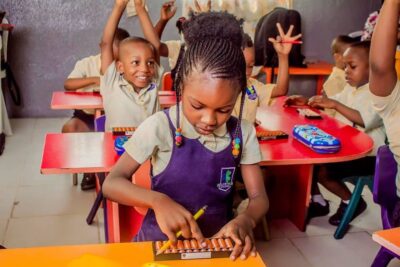 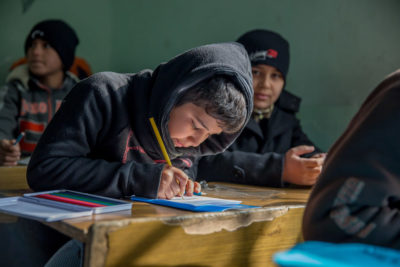