Safe schools have been promised by new Prime Minister Imran Khan after a series of co-ordinated attacks in the north of the country.

Attacks on 12 schools in one night in a district of northern Pakistan have been condemned as "shocking and unacceptable".

At least eight girls' schools were reported to be among those damaged by bombs and set on fire in a series of co-ordinated strikes, said police.

No group has claimed responsibility for the August 3 attacks in villages of Diamer district in northern Gilgit-Baltistan - a remote mountainous area near the Chinese border.

But militants linked to the Taliban have been targeting thousands of schools for girls in northwestern and northern Pakistan.

Imran Khan, who has been elected the country's new prime minister, condemned the attacks. On Twitter, he said...

Shocking & condemnable torching of schools in GB, more than half of them girls' schools.This is unacceptable & we will ensure security for schools as we are committed to focusing on education, esp girls' education which is integral to Naya Pakistan. https://t.co/lSlQDjSkeS

Education campaigner Malala Yousafzai - shot in 2012 for standing up for girls' education in Pakistan - tweeted: "The extremists have shown what frightens them most - a girl with a book."

"We must rebuild these schools immediately, get the students back into their classrooms and show the world that every girl and boy has the right to learn."

Ten people have been arrested in connection with the attacks, according to a spokesman for the Gilgit Baltistan government. Some reports said eight girls' schools were among the 12 attacked - while others said 10. One of the schools has now been attacked five times over the years.

The attackers also tried to break into an army-run school but were stopped by guards, said local resident Ghayas Ali, who added: "People heard a heavy explosion." No casualties were reported.

In May, campaigners called for action after attacks on girls' schools and threats to families. Bombs were set off at two middle schools in the North Waziristan.

Residents said leaflets distributed by a militant group demanded that girls' schools be shut down. One read: “We warn all tribal people to stop sending their grown-up girls to schools. We will not tolerate it.”

Theirworld and others have been campaigning for schools to be safe places for children to learn and be with their peers. 80 countries have now signed up to the Safe Schools Declaration - a commitment to protect education and stop military use of schools.

But only two of the world’s most powerful countries - the permanent members of the United Nations Security Council - have done so. France and the United Kingdom have shown the way and we’re calling on China, Russia and the United States to follow their lead.

Pakistan has not signed the declaration.

She added: “The government should promptly investigate and prosecute these attacks and ensure that children have a safe place to attend school.” 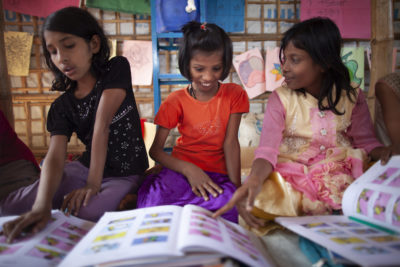 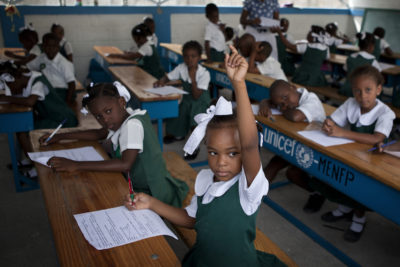