Girls are under huge societal pressures to undergo the practice - often with a devastating impact on their education, says a report.

It was during her first year of high school in rural western Kenya that Mary Kuket says she was "sacrificed to tradition" and her dreams of becoming a doctor shattered forever.

With no explanation, the 15-year-old was given away to another family, who forced her to undergo female genital mutilation (FGM) then married her off to their middle-aged son.

"I kept asking my parents why I was being taken and begged them not to send me away - but my father pushed me away saying that soon I would understand," Kuket, now 46, told the Thomson Reuters Foundation by phone from Baringo county.

From the fear of being ostracised or murdered to the prestige associated with entering womanhood, girls in Kenya are under a barrage of societal pressures to undergo FGM - often with a devastating impact on their education, say campaigners.

A study by the charity ActionAid Kenya said despite FGM being illegal in the east African nation, deep-rooted myths supporting the ancient ritual persist.

The survey - based on interviews with almost 400 girls and women in eight Kenyan counties - found that FGM affected not only their health but also their schooling.

"Despite efforts to curb FGM, this type of violence against women and girls is so normalised in some communities. Girls are socialised into believing they must undergo the procedure," said Agnes Kola, women's rights coordinator for ActionAid Kenya.

"But it is stifling their ability to participate in society as once they undergo FGM, their schooling is impacted and many never complete their education and progress in life."

Girls missed school to recover after the procedure and suffered medical complications and trauma which impacted their class attendance and performance, said the report.

Seen as a rite of passage in many communities, FGM also acted as a trigger for girls as young as 11 to become sexually active and married off as they were perceived as women - often ending with child pregnancy.

As a result, fewer girls than boys in Kenya's FGM prevalent counties were finishing their primary education and even fewer were making the transition to high school, said the study.

I don't want any other girl to go through what I did. FGM is a barrier to a girl's progress in life - it ruins their life.

While national figures show secondary enrolment of boys and girls in year one to be almost equal, in some FGM prevalent counties, enrolment of girls in the same group is less than half that of boys, according to government data.

An estimated 200 million girls and women worldwide have undergone FGM, which usually involves the partial or total removal of the genitalia, says the United Nations.

Despite being internationally condemned, it is practised in at least 27 African countries and parts of Asia and the Middle East - and is usually carried out by traditional cutters, often with unsterilised blades or knives.

In some cases, girls can bleed to death or die from infections. FGM can also cause lifelong painful conditions such as fistula as well as fatal childbirth complications.

Kenya outlawed the practice in 2011 but it continues as communities believe it is necessary for social acceptance and increasing their daughters' marriage prospects.

One in five women and girls aged between 15 and 49 in Kenya have undergone FGM, according to UN data.

The study in eight counties - found fear of being rejected for marriage, ostracised by the community or even killed was pushing girls to undergo FGM.

Soon after being cut the girls, who are drawn from communities in which up to 98% of women and girls have undergone FGM, said they struggled to continue with school.

They were absent for weeks to heal and also suffered infections and trauma, according to the report.

The practice also provides social sanction for girls to be married off or have sex, often resulting in pregnancy.

"When you go visit schools, you can see that even in the primary schools after class 5 - around age 10 - there are much less girls compared to boys," said Tony Mwebia from the Men End FGM campaign.

"Sometimes it's just one or two girls compared to a whole lot of boys."

For Kuket, however, all is not lost. After 20 years of marriage and seven children, she went back to school, finished her secondary education and has enrolled to do a diploma in community development.

She is also a prominent human rights activist in her community in western Tangulbei, where she rescues girls who are being forced to undergo FGM and pushed into child marriage.

"I don't want any other girl to go through what I did," she said. "FGM is a barrier to a girl's progress in life - it ruins their life." 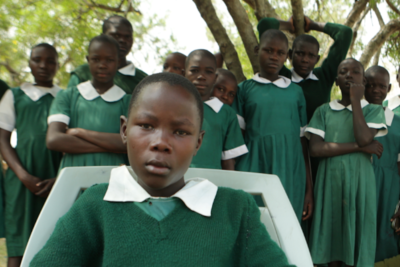 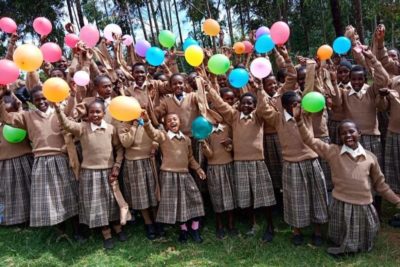 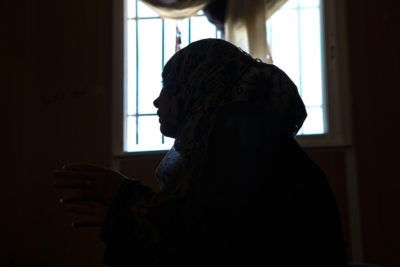 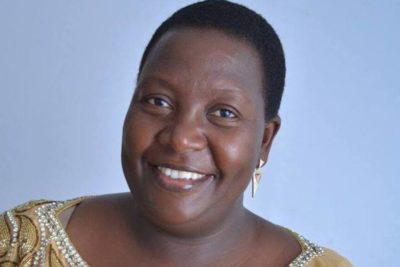