As leaders meet at the World Economic Forum, the urgent need to give young people the skills they need to succeed after education is a major theme.

A sustainable school made from bamboo. Village classes where children pick their own project and present findings to an audience. Students who spend 80% of their time interacting with technology.

What do these have in common? They've all been spotlighted as Schools for the Future - innovative institutions that give children the future work skills they need to thrive in a world of globalisation and rapidly-changing technology.

Without urgent action, half of all young people in the world – about 825 million - will not have the most basic skills necessary by the year 2030. The youth skills and learning crisis is one of the most pressing issues facing children, schools, teachers and parents today.

A report by the World Economic Forum (WEF) - whose annual meeting is held in Switzerland this week - has warned: "Education systems have grown increasingly disconnected from the realities and needs of global economies and societies. Education models must adapt to equip children with the skills to create a more inclusive, cohesive and productive world."

As political, business, cultural and other leaders of society meet at the WEF summit in Davos, one of the major themes is Society and Future of Work. That challenge has been embraced by Theirworld through our Code Clubs and Skills for Their Future programmes, which ensure marginalised and disadvantaged girls and young women get an equal chance to fulfil their potential.

We launched the Code Clubs programme in 2016 and have supported over 1,300 girls through projects in Zimbabwe, Kenya, Uganda, Nigeria, Tanzania and Lebanon.

Technology is key for many of the Schools of the Future featured in the WEF report.

Pratham Education Foundation reaches more than 90,000 children in Indian villages through its community-run Hybrid Learning Programme. In the village of Bhau Mau in Uttar Pradesh, tablets have been used since 2015 to improve learning skills.

The father of a student called Lucky said: "The environment has changed. The children used to wander here but since the Pratham tablets came, they sit and take an interest in learning. If they learn something, they share it with us also."

In September, the Global Business Coalition for Education - a movement of businesses committed to ending the global education crisis - produced the 2030 Skills Scorecard, which revealed the sheer pace of technological change means many children and youth in developing countries are in danger of being left behind.

It showed that more than two-thirds of children in low-income countries - many of them in sub-Saharan Africa and the Middle East - will not be on track to have the skills they need to succeed in the workplace in 10 years' time.

We can dramatically transform the skills landscape for the next generation.

They said: "Despite the hope that youth express for the future, the deck of cards is stacked against the poorest children and young people from their earliest years, with consequences for their own life chances and the stability and prosperity of their countries.

They added: "Through support and investment in public education and with proactive engagement by businesses, we can dramatically transform the skills landscape for the next generation and ease school-to-work transitions for the most marginalised young people."

The WEF report - Schools of the Future - examines the steps needed to shift learning content and experience towards the skills that will be needed.

Here we look at some of the innovative schools featured in the report.

The non-profit school opened in Bali in 2008 and now has more than 800 students. There are plans to expand to New Zealand, South Africa and Mexico by next year. The structure is built entirely from bamboo and energy is provided by solar panels and a hydro-turbine.

Former United Nations Secretary-General Ban Ki-moon said: “I have visited many different places and many schools but Green School is the most unique and impressive school I have ever visited.”

A network of schools that empower children with the innovation skills needed to be employable in their own communities, with a focus on small-scale manufacturing.

Learners choose the projects they want to work on and the pilot school was built in a low-income neighbourhood to reduce the distance between students and high-quality learning.

Kabakoo has been featured in the African Union's list of the most innovative educational projects in the continent.

The WEF report said: "The programme has trained nearly 500 learners across middle school, high school and university levels in rapid prototyping, robotics, web design and biotech, among other frontier topics. By 2021, they hope to scale their model to other African cities."

Founded in 2017, TEKY is the first STEAM (Science, Technology, Engineering, Art and Mathematics) academy in Vietnam for children aged six 18.

It has now established 16 labs in five cities and partnered with 30 schools across the country to deliver technology courses that last from nine to 18 months.

"Students spend about 80% of their learning time interacting with technology. Classes are small - between three and eight students - and content is delivered via collaborative projects. In 2019, TEKY students won silver medals at the World Robot Olympiad."

Established in 1995, it's one of the largest non-governmental organisations in India and supplements the work of schools. In 2015, Pratham launched the Hybrid Learning Programme, a community-driven digital initiative which serves over 90,000 children from 10 to 14 in about 1,000 villages.

"Pratham works with each village to create a physical learning environment for children," said the WEF report. "It provides the digital infrastructure for these spaces, as well as the learning content - consisting of play-based approaches to learning -to be facilitated by volunteers in the community.

After the groups of five or six students work on their projects, they present what they have learned in front of a live audience. Project focus areas include health, the arts, financial literacy and entrepreneurship.

The programme - run by non-profit VVOB Education for Development - works with a network of 21 schools in Quito and Manabí provinces.

Students attend tourism-related courses to learn the skills they need to get good jobs in Ecuador’s travel and tourism industry and to contribute to its sustainability.

Between 2014 and 2015, youth employment generated by this industry grew by 63%. Many of Skilling for Sustainable Tourism students are employed by the companies they intern with - and about 60% of them are girls.

The initiative is co-funded by Dubai Cares, whose Programme Director Annina Mattsson said: “Since Ecuador’s travel and tourism industry has been growing rapidly and is expected to further increase its contribution to both GDP and employment, our program aims to prepare Ecuadorian youth for these employment opportunities and to contribute to the development of this economic sector”. 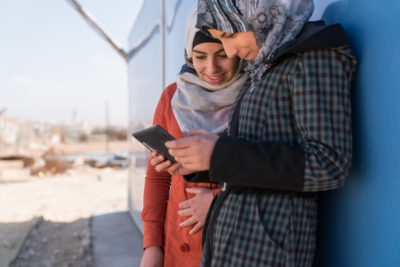 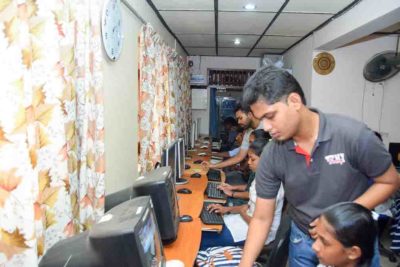 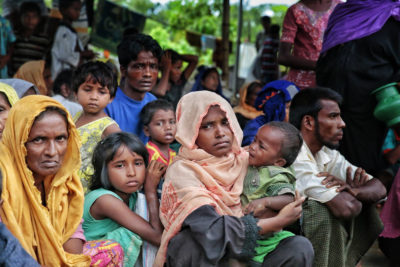 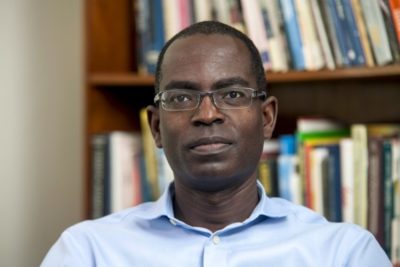