With more than 20 students confirmed dead, parents could only wait in hope as rescuers searched in the rubble of the devastated school in Mexico City.

Desperate parents and rescue workers pulled through rubble in a floodlit search last night for dozens of young children feared buried under a Mexico City school destroyed by the country's most lethal earthquake in a generation.

The magnitude 7.1 shock killed at least 217 people, nearly half of them in the capital, 32 years to the day after a devastating 1985 quake and less than two weeks after a powerful tremor killed nearly 100 people in the south of the country.

Among the twisted concrete and steel ruin of the Enrique Rebsamen school, soldiers and firefighters found 22 dead children and two adults, while another 30 children and 12 adults were missing, President Enrique Pena Nieto said.

There were chaotic scenes at the school - which is for children aged three to 14 - as parents clung to hope their children had survived.

"They keep pulling kids out but we know nothing of my daughter," said 32-year-old Adriana D'Fargo, her eyes red after hours waiting for news of her seven-year-old.

TV network Televisa reported that 15 more bodies, mostly children, had been recovered, while 11 children were rescued.

Three survivors were found at around midnight.

"Relatives of Fatima Navarro," one soldier shouted through cupped hands at the school the Coapa district in the south of the city. "Fatima is alive!"

The earthquake toppled dozens of buildings, broke gas mains and sparked fires across the city and other towns in central Mexico. Falling rubble and billboards crushed cars.

Parts of colonial-era churches crumbled in the state of Puebla, to the south of the capital, where the U.S. Geological Survey (USGS) located the quake's epicenter.

After night fall in Mexico City, a metropolitan region of some 20 million, people prepared to sleep in the streets while authorities and volunteers set up tented collection centres to distribute food and water.

Volunteers, soldiers and firefighters formed human chains and dug with hammers and picks to find dust-covered survivors and dead bodies in the remains of apartment buildings, schools and a factory.

With power out in much of the city, the work was carried out in the dark or with flashlights and generators. Rescue workers requested silence as they listened for signs of life.

The quake had killed 86 people in the capital by early this morning, according to Civil Protection chief Luis Felipe Puente - fewer than he had previously estimated. In Morelos State, just to the south, 71 people were killed, with 43 in Puebla.

Another 16 people were reported killed in the states of Mexico, Guerrero and Oaxaca.

As many as 4.6 million homes, businesses and other facilities had lost electricity, according to national power company Comisión Federal de Electricidad, including 40% of homes in Mexico City.

SEPTEMBER 22 UPDATE: After two days of confusion, officials said 19 children had died and all the other students had been accounted for. There were none still missing. 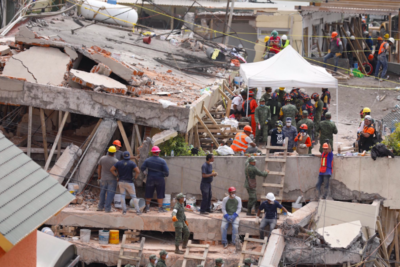 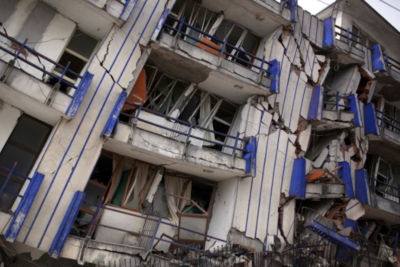 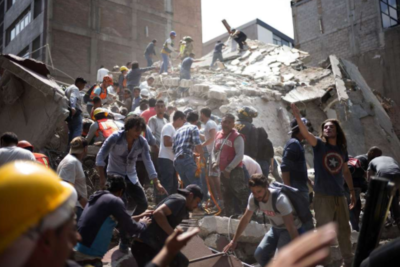