A newly-elected woman mayor is taking a stand against child trafficking and vulnerable females being preyed on in her poor coastal community.

Born into Nicaragua's indigenous Miskito community, Rose Cunningham was only too well aware of the challenges girls faced in getting their voices heard in a culture dominated by men.

But against the odds, in November Cunningham was elected the first indigenous women mayor of Waspam, a municipality of about 60,000 people on Nicaragua's impoverished Atlantic coast.

"Until recently, an indigenous woman was invisible, behind the man, they were shadows," said Cunningham, who will be sworn in this week.

One of her priorities as mayor will be to combat sexual and domestic violence against females and human trafficking, she told the Thomson Reuters Foundation. Sharing a porous border with Honduras, Nicaragua's remote northern coastal areas are corridors for all types of cross-border trafficking.

"There are many blind spots (along the Honduras border) through which people can go through. There's trafficking of all kinds - drugs, arms and people," she said.

Indigenous women and children are particularly at risk of being trafficked into the sex trade, Cunningham said.

Traffickers prey on poor indigenous families with false promises of good jobs in cities and tourist hotspots in Nicaragua and across its borders, often as domestic workers or farm labourers.

"It's easier to trick a woman from a poor community with little education," Cunningham said.

Traffickers are known to operate in schools where they lure teenagers with false offers of work, according to the United Nations children's agency UNICEF.

With her election victory, Cunningham has defied social norms that dictate women stay in the kitchen, look after children and stay silent about domestic abuse.

She said as mayor she would confront macho attitudes in society that fuel violence against women, a problem UN Women has described as a "national epidemic" in Nicaragua.

"There are different types of violence that women face, physical, sexual and psychological," Cunningham said.

Girls walking long distances to get to school are particularly at risk of being sexually assaulted along their journey.

She said engaging with male village elders and airing radio shows in the local Miskito language about women's rights and the dangers of trafficking could help combat gender violence.

Women across Nicaragua are increasingly occupying positions of power at the local government level due to a 2012 quota requiring gender parity. 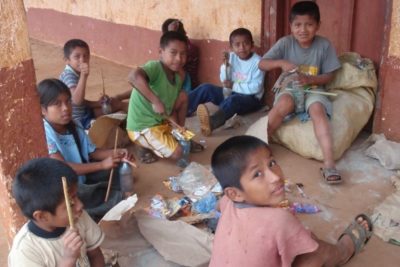 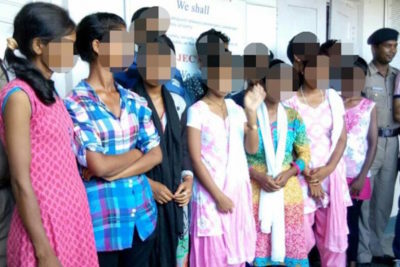