525,000 students will return to their schools after the summer break with a financial crisis still looming over them.

More than 700 schools for Palestinian children that were under threat from a funding crisis WILL reopen after the summer break.

But the United Nations agency that provides education for 525,000 students in the Middle East warned today that its funding will still run out at the end of September.

Earlier this week, the UN Relief and Works Agency for Palestine Refugees (UNRWA) gave its strongest warning yet that classes would not reopen at the end of August because vital financing had been withdrawn by the United States.

Spokesman Chris Gunness said: "We are running on empty. We simply don't have enough money to pay 22,000 teachers who in 711 schools provide a daily education for over half a million children."

However, there was a reprieve today when UNRWA announced after emergency talks that the academic year will begin on time at its schools in the West Bank, East Jerusalem, Gaza, Jordan, Lebanon and Syria.

Commissioner-General Pierre Krähenbühl said the decision had been made “because it is crucial to protect the fundamental right to education for Palestine refugee girls and boys and the community’s unwavering attachment to learning and the development of skills”.

But he added that the funding crisis is far from over, saying: "UNRWA is by no stretch of the imagination out of the woods."

He said the agency has mobilised $238 million of additional funding since January, when the United States slashed its contribution by $250 million and other expected financing fell through.

Krähenbühl continued: "However, we currently only have funding to run the agency’s services until the end of September. We need a further $217 million to ensure that our schools not only open but can be run until the end of the year."

He paid tribute to UNRWA's partners, both hosts and donors who stepped in to help alleviate the crisis.

An  extraordinary session of the UNRWA Advisory Commission held today in Amman, Jordan, also discussed how to secure the needed resources, including through special events at the UN General Assembly in New York next month.

In February, Gunness sent a message of thanks to Theirworld supporters - watch the video above. Thousands of them backed our call to send their support to the agency and to urge major donor countries to help plug a funding gap.

UNRWA began holding pledging conferences and managed to raise about half of its target of $446 million for the year - as well as introducing severe cost-cutting measures.

The agency has already started cutbacks - including more than 250 jobs in the West Bank and Gaza, a move that sparked protests from its own employees.

More than half of UNRWA's budget is spent on education. 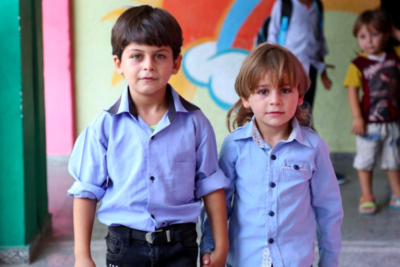 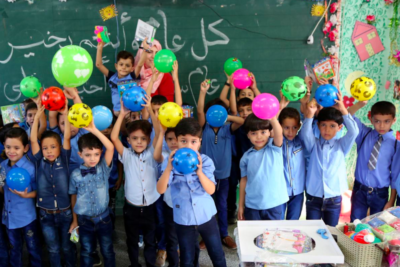