Theirworld has published an aid scorecard that shows donors need to increase their commitment to helping children aged three to five get the skills they need to fulfil their potential.

The development of millions of children will suffer unless governments step up and increase their commitment to pre-primary education for every child, Theirworld has warned ahead of the United Nations General Assembly next week.

Preschool helps children aged three to five with cognitive and social skills such as early reading and mathematics, and social interaction.

Lack of access to these can have a lifelong impact on a child’s physical and mental health, learning, behaviour and ability to reach his or her full potential.

Theirworld has published a new aid scorecard today titled Setting New Targets for Success. It shows how much countries and other donors should be giving to pre-primary education.

If the global community is serious about keeping its promise to achieve Sustainable Development Goal 4 (SDG4) by 2030, there is one major intervention that needs to happen: Investing in pre-primary education

The scorecard reveals pre-primary is one of the most neglected areas of education aid - receiving less than 1% of the $11.7 billion globally. Not one donor is meeting the minimum benchmark and many lag way behind.

The amount of overseas development aid (ODA) for education should increase in volume and sufficiently target resources to benefit the poorest children, with all donors spending at least 10% of all education aid on pre-primary.

Theirworld President Sarah Brown said: “If we are at all serious about keeping the promise to children to achieve inclusive and equitable quality education for all by 2030, the greatest urgency is an increase in pre-primary education.

"Children are missing out on crucial learning and development in their earliest years, putting them at a massive disadvantage before they have even set foot in a primary school.”

Pre-primary education programmes offer the highest returns on investments and provide the best chance to level the playing field for those children most likely to be left behind.

Donors are giving a disproportionate amount to post-secondary education, which unfairly benefits the already better-off students.

France is by no means alone. Overall, donors give 26 times more of their ODA to higher education scholarships than to pre-primary education.

Sarah added: “The benefits of early years education are greatest for the most marginalised and disadvantaged children, including children with disabilities, impacted by HIV/AIDS or caught up in conflict and disasters, who are often least prepared for primary school or most likely to miss out on the opportunity completely.

"Disadvantaged children without access to early learning programmes find themselves on average more than two grades behind in school and earning 30% less as adults, thus contributing to the intergenerational cycle of poverty.”

Countries need to make the commitment to invest in early learning.

If donors are serious about prioritising education and the early years to support these countries, the "Fair Share" targets set by Theirworld would make it possible to mobilise $2 billion in aid for pre-primary education by 2020.

That would be 10% of the overall education aid budget - or enough for all children to have access to two years of free pre-primary education, according to the global Education Commission.

Theirworld’s #5for5 campaign calls for higher prioritisation and increased donor support to early childhood development as essential to making quality pre-primary education available to all children.

We are calling on world leaders, by the end of 2017, to allocate the funds needed to establish quality early childhood development programmes so that every child is given the best start in life. 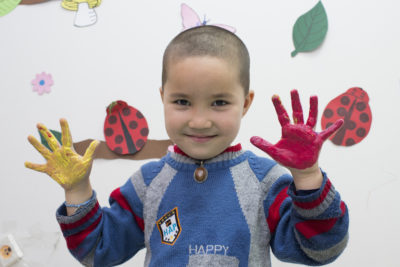 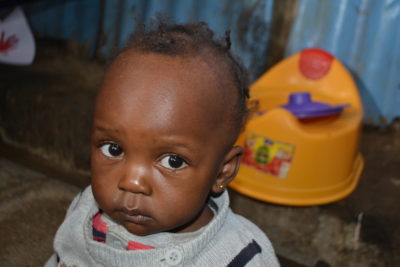