Another Supporting Syria and the Region conference is being held this week in Brussels, where international leaders will discuss how to help Syrian refugees and host communities. They include over 800,000 children living in neighbouring countries who are still denied an education.

We look at how Lebanon's education ministry is delivering education to its refugee population - including a generation of very young Syrian children who were born in Lebanon and need to learn basic skills before starting school.

With the war about to enter its ninth year, there is a generation of Syrian children who have lived their whole lives in another country.

Huge efforts are being made in Lebanon to provide education for child refugees whose families fled the conflict - but many of the younger ones are turning up unprepared for their first day at school.

"We realised the Syrians coming to school at age six have never been to preschool," explained Sonia El Khoury, Program Manager for the Lebanese government's Reaching All Children with Education (RACE).

"They did not know the basics that a child their age should know, like numbers, letters and colours."

Children in Lebanon normally go to preschool for three years from the age of three to five. To counteract this lack of preschool preparation, RACE created a special programme that condenses the three years of pre-primary education into one year for the Syrian kids.

"It is based on the Lebanese curriculum and combines all the competencies needed," said El Khoury.

About 24,000 Syrian children aged five and six who have never been to school are now attending the "preparatory early childhood education" classes in Lebanon's public schools.

"This class prepares them, fully confident, to go into grade one and ready to move on in basic education," said El Khoury.

"In addition to this, we created another programme at the community level called community-based early childhood education.

"This is delivered by NGOs trained for this purpose. They are helping us to provide early childhood education with short-term courses for children at the ages of three, four and five. When they finish, we take them into grade one of the public education system."

Theirworld is to begin investing in early years education in Lebanon later this year. We have been running education pilot projects there for over three years.

Kimberley Green, Senior Project Manager at Theirworld, said: "Since we launched projects in two Lebanese public schools in 2015, more than 4,000 Lebanese and Syrian refugee children have benefited from education technology and nutritious daily snacks that help them to learn and to achieve the most during their school years.

"Theirworld's work now extends to providing extra-curricular coding classes for over 300 Syrian, Lebanese and Palestinian girls - and our investment in early years education will kickstart later this year."

Helping young children to integrate is the latest challenge for the Lebanese government, which has had to cope with more than one million registered refugees from Syria. About 30,000 Syrian children are born each year in Lebanon.

The education ministry had hoped to enrol 250,000 Syrian children this year into the public schools system - as well as 265,000 Lebanese students. But Sonia El Khoury said it ended up with about 215,000 Syrians for a number of reasons, including a lack of clear funding commitments from international donors.

The donors are meeting again this week in Brussels at the latest Supporting Syria and the Region conference. In 2016, global leaders promised they would get every Syrian refugee child into school. But over 800,000 are still denied an education in Turkey, Lebanon, Jordan, Iraq and Egypt - and funding last year came to only half of what was needed.

But El Khoury said lack of money is only one reason why RACE failed to reach its target this school year.

"Some students who were with us last year never showed up," she said. "Almost 29,000 who were in the public school second shifts last year did not enrol this year. (Lebanese schools run two shifts to accommodate Syrian children).

"Every school contacted the families and asked why they didn’t send their child to school this year. We also tried to visit them through UNICEF and UNHCR.

"Almost 30% of those contacted said they are not interested in education. Some said they have to work in order to live. Some went back to Syria - something like 8% of the total. Some did not give valid reasons. And some were not reachable.

"Although we did not bring them back it doesn’t mean our numbers were reduced by this much because we had newcomers - more than those who were retained."

At the start of the school year, there were waiting lists for refugee children to get places in public schools, said El Khoury. She added: "If funding is there and capacity is there, we will take them - as long as the funding is committed ahead of time and to allow us to make multi-year plans."

She said those Syrian parents who do send their children to school are "very eager" for them to learn. In fact, results in the official grade nine and 12 exams have improved for non-Lebanese students

But she is concerned that international donors may be losing sight of the fact that there is a need for Lebanese children from the host community to also get quality education.

"At beginning of the crisis, we felt discrimination towards the Lebanese," said El Khoury. "There are as many vulnerable Lebanese children as Syrians. We need to give support to both sides.

"This year the discrimination is back. But you cannot ask a community to host as many Syrians and then not help them as well."

The need for more international help is echoed by Kimberley Green from Theirworld.

She said: "To ensure this important work can continue and has the potential to be scaled, it is vital that Lebanon receives the multi-year funding required to properly invest in education for all children.

"The 2019 Supporting Syria and the Region conference in Brussels is an important moment in securing much-needed investment for Lebanon and other host countries so that no more children get left behind." 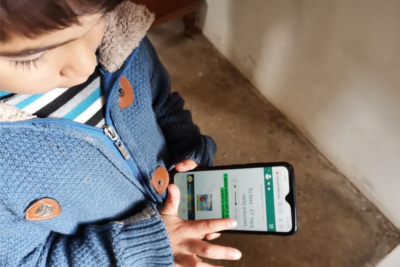 Theirworld and partners launch MyBestStart project for children in Lebanon