Bassam is one of four out-of-school refugee children living in Turkey who spent six months documenting their lives on video for Theirworld.

Bassam is 14. When his father travelled by boat to Europe two years ago, Bassam stayed behind with his mother and siblings. But eventually they too travelled to Turkey. He was unable to enroll in school there and instead helped look after his family.

"When I see children going to school with their bags, I wished I could go to school in Turkey too," he says.

Bassam is one of four Syrians who documented their daily lives to highlight why all refugee children should be in school.

Bassam's film is launched today, following the launch of Asmah's story on International Day of the Girl Child. The other two films will be released throughout October.

Bassam and his family did not see their father for two and a half years after he made the risky journey to Europe by boat.

However, Bassam's father was able to get the necessary documents to bring his family to Austria. The journey to this emotional reunion is a key part of Bassam's film.

Bassam, who is now back at school, says: "When I saw the ground of Austria and Europe, I felt my future ahead of me."

"When I went back to school I was so happy as I hadn’t been to school in three years. I don’t want to waste my chance here." 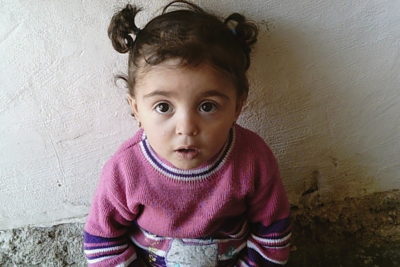