A Theirworld report reveals international funding for early childhood education in the world's poorest countries has fallen to just 26 cents per child per year.

Despite pledging to help some of the world's youngest and most vulnerable children, the international community has cut the funding and prioritisation of early childhood education, a report by Theirworld reveals today.

It shows that 16 of the top 25 donors to global education aid gave nothing or reduced their previous spending on pre-primary education.

That is despite research showing that 90% of a child’s brain development takes place from birth to the age of five - and promises to deliver early childhood education as part of the United Nations' Sustainable Development Goals.

Theirworld's report - Leaving the Youngest Behind - was produced in collaboration with the Research for Equitable Access and Learning (REAL) Centre at the Faculty of Education, University of Cambridge.

The first few years of a child’s life will shape the rest of their lives. But aid to early childhood education is declining. It's time to #WriteTheWrong and tell donors to stop leaving the youngest behind.

Children in conflict-affected countries are even worse off, with only 17 cents per child per year directed to early childhood education.

“It is shocking that world leaders talk about the importance of investing in children at the same time as they decrease support for the youngest and most vulnerable children who deserve the best start in life,” said Theirworld President Justin van Fleet.

Theirworld’s #WriteTheWrong campaign will mobilise over 1,000 youth campaigners, the business community and the public to draw greater attention to early education - also known as pre-primary, preschool, kindergarten and nursery.

Research shows that early childhood education is widely recognised as critical for children to reach their full potential. It is a sound investment, with every $1 in early childhood care and education yielding as much as $17 in return for the most disadvantaged children.

But previous research shows more than 150 million children are not in early childhood education.

While donors continue to claim early childhood education is important, few match their public statements with tangible support, highlighting the growing gap between rhetoric and reality.

The United States, Sweden, Netherlands and Austria did not report any investment in early childhood education aid in 2017. The United Kingdom and Australia invested just 0.5%, and 0.2% of their education aid in the youngest children respectively, in contrast to the internationally-recognised 10% target.

Without urgent action, it is clear the internationally agreed Sustainable Development Goal 4 target of inclusive and equitable quality education and lifelong learning opportunities for all by 2030 will not be reached.

“Investing in early childhood education is not only the right thing to do but it is good economics, as well as good health policy and education policy," said van Fleet.

"Countries that invest in education for the youngest children have seen tremendous gains in growth and long-term outcomes.”

Theirworld Chair Sarah Brown said the results of the report paint a desperate picture for the youngest and most vulnerable children.

She added: “A lack of donor support to early childhood education means millions of the world’s youngest children - in particular girls, children with disabilities and children living in vulnerable situations, including areas with high prevalence of HIV - are being left behind.

'Without access to good quality, equitable and inclusive early education, we limit a child’s ability to learn and thrive in school and later in life.”

Professor Pauline Rose, Director of the REAL Centre, said: “Early childhood education is widely recognised as critical if children are to reach their full potential. Yet our new analysis shows donors are actually cutting their aid spending on this vital stage of learning to pitiful levels.

"Donors are failing to match their public endorsement for early childhood education with tangible support, putting in danger the Sustainable Development Goal commitment to leave no one behind.”

What we're calling for

The report's recommendations to donors

Around the world rich and poor countries are failing to deliver on the promises made to the world’s youngest children, risking their development and future life chances. 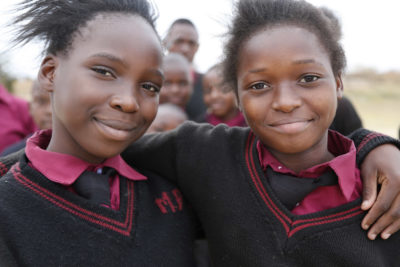 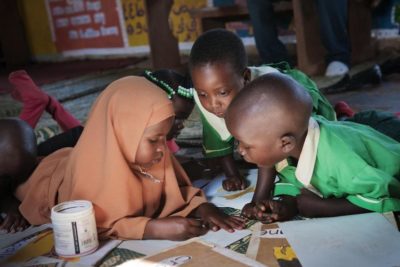 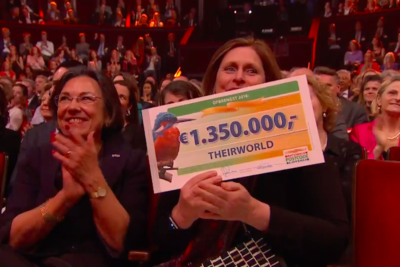