It began with a peaceful march by between 10,000 and 20,000 children. And ended with the iconic killing of 13-year-old Hector Pieterson and scores of other young people shot dead by police.

The Soweto uprising of June 16, 1976 was a truly shocking day - even by the extremes of South Africa's then hated apartheid regime.

The events in the Johannesburg township sent waves of revulsion around the world. That interrnational sympathy for the struggle of the majority black population against their white rulers helped to strengthen the resolve of the protest movement and eventually bring about lasting change.

To commemorate the Soweto victims, June 16 was declared as the annual Day of the African Child in 1991 by the Organisation of African Unity - now the African Union.

This year, the African Union will witness a Youth Takeover on that day. And during June, more than 100 events will be held by youth advocates across the world - in solidarity with the missing school girls of Nigeria and for edcuation rights in every country.

That same spirit of youth was in evidence in Soweto in 1976. Thousands of children took to the streets to protest at the compulsory introduction of Afrikaans into schools - it was the language of the white minority and seen as a tool of oppression.

While white children had free schooling, black families had to pay about half a month's average salary per child, as well as buy text books and stationery.

Government spending on each white child was 644 rand - for black children it was 42. Many classes had as many as 60 pupils. And most black teachers could not speak Afrikaans. Black children were receiving a poor education and many were dropping out of school.

Against this backdrop, the protesters gathered at Orlando soccer stadium. Students carried banners saying "Down with Afrikaans" and "Viva Azania" - the name given to South Africa by black nationalists.

Organised by the Soweto Students' Representatives' action commitee, the demonstration was supported by many teachers.

When the crowd found their way blocked by police, they moved towards Orlando High School. There, police fired teargas and students responded by throwing stones. Police began shooting at the children.

A picture of dying Hector Pieterson being carried away became a symbol of the Soweto uprising. The photographer who took it, Sam Nzima, said: "I saw a child fall down. Under a shower of bullets, I rushed forward and went for the picture. It had been a peaceful march, the children were told to disperse, they started singing Nkosi Sikelele. The police were ordered to shoot."

There are various reports of how many people died - 176 is the figure usually given but some estimates put the toll at 700.

What is certain is that the events of that day ensured the rest of the world woke up to what was happening in South Africa. Protests and violence spread into other townships in the days after June 16. By the end of 1976, thousands had been killed and injured by the police and many more arrested.

It took many years of international and domestic pressure before Nelson Mandela was freed from prison in 1990, ending the horror of apartheid South Africa. Four years later he was elected as the country's first black president.

June 16 is a national holiday in South Africa. called Youth Day. Fittingly, on that day in 2002, the Hector Pieterson Museum was opened in Soweto, not far from the spot where he was shot.

Don't miss news, views and pictures from Day of the African Child and Youth Action Month. 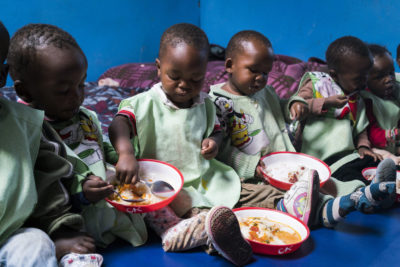 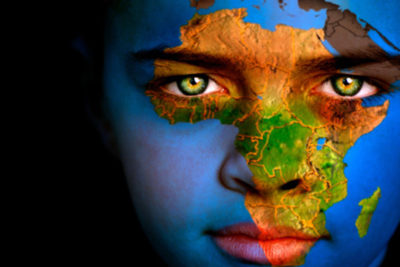 Day of the African Child 2017: news and views as campaigners stand up for children's rights