Today, on World Day Against Trafficking in Persons, we look at efforts to raise awareness about the problem in poverty-ridden slums.

Brutal images of a woman cowering as a man beats her and of a terrified girl in chains sprayed on the walls of Kenya's Mathare slum bring a hidden crime into view - human trafficking.

The graffiti scenes in the capital's second largest slum are part of a series of pictures, paintings and poems curated by the charity HAART Kenya to get people talking about modern slavery.

"Trafficking is all around us but people just don't see it," said Winnie Mutevu, a project officer with the charity, which supports survivors, many of whom were kept under lock and key - and sexually and physically abused.

"A simple picture or graffiti showing one of the many forms of slavery can be a powerful way to catch people's attention."

Kenya is a source, transit and destination country for men, women and children who are trafficked into forced labour and sexual slavery, according to the US State Department.

Children - mostly adolescent girls - are often trafficked from Kenya's impoverished villages to towns and cities for domestic labour, sex work, street vending and begging due to poverty and lack of access to secondary education.

Human trafficking is particularly rife in poverty-stricken slums, said Kissmart Bakra, a musician from Mathare and an anti-trafficking ambassador for HAART Kenya.

"When you're poor and unemployed, it's easy to be tempted by someone selling you a dream job," he told the Thomson Reuters Foundation from a corrugated iron shed in Mathare. "But if the job seems too good to be true, then it probably is."

In 2015, the charity enlisted the help of painters, street artists and musicians like Bakra to create representations of human trafficking, culminating in an annual exhibition.

High fertility rates, coupled with rural poverty and land scarcity, drive more than 250,000 Kenyans into cities each year, according to the World Bank, which predicts that the majority of Kenyans will live in urban areas by 2033.

In Nairobi's sprawling slums, which house two-thirds of the city's four million people, trafficked children work in brothels, bars and the drug trade, sometimes simply in exchange for food, according to charities.

Many slum dwellers who have migrated to Kenya - East Africa's largest economy - from neighbouring Uganda and Tanzania looking for jobs are "ideal prey" for traffickers, Bakra said.

"Their families often don't know where they are so no one checks in or follows up on them," he said.

HAART Kenya gives free trainings to slum residents to teach them about the risk of trafficking as many are often "completely unaware of their rights" and are easily duped by recruiters, particularly if they are people that they know and trust.

"Having never heard of trafficking, most victims do not even realise they are being exploited," she said, adding that the art project had also made the police and government officials more aware of the problem. 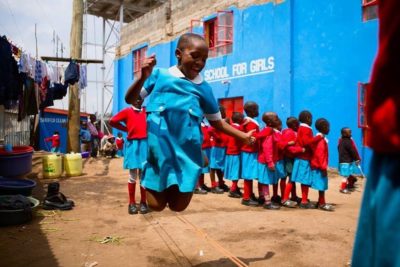 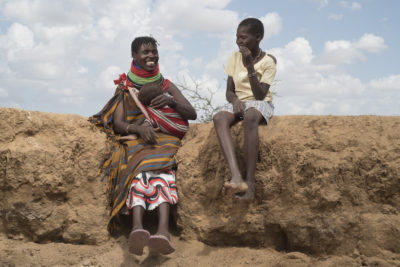 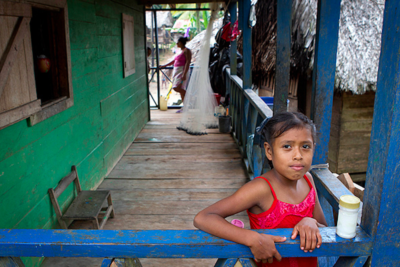