Anjing was abandoned because of her disabilities - but a charity working in China helps young children like her to fulfil their potential.

Anjing, which means quiet, was abandoned as a baby in China due to her birth defects. She was taken into an orphanage and cared for by the charity OneSky. Now four, she has been adopted and has found her "forever family" – as well as a brighter future.

OneSky teaches communities and caregivers to provide the nurturing responsive care and early education that unlocks the vast potential hidden in the most vulnerable young children.

For children with disabilities, those early years are particularly crucial. Failure to identify and help them at a young age could condemn them to a lifetime of disadvantages.

A report published by Theirworld in July said countries and the international community need to invest urgently in early interventions for disabled children and provide inclusive, quality pre-primary education.

Here we look at the moving story of Anjing - left in a corridor as a baby with little hope of survival.

When Anjing was born in a hospital in southern China, her legs were out of place, one on each side of her body, in a V position and her feet and hands were twisted as well. The doctors had never seen this rare birth defect, called athrogryposis (“curved joints”).

Her parents abandoned her and so she was taken to the local orphanage where she was given the name Anjing because she never complained.

Through OneSky, the baby was taken to Chunhui China Care Home in Beijing when she was more than a year old, where specialist medical treatment and operations to put her legs back in place were organised.

After a year’s recuperation, Anjing went back to her local orphanage, where she was placed in OneSky’s Loving Families Programme and given a foster family to live with.

When she arrived at the orphanage as a newborn, one of the carers said she was a "sunshine girl” even though she wasn’t expected to live, let alone beam with laughter and love.

But her OneSky-trained carer vowed to care for Anjing as if she were already a sunshine girl - not a tiny, broken baby who had been abandoned in a hospital corridor because of a severe birth defect.

That carer was the first of several OneSky-trained caregivers who led her to the day when she said goodbye to her preschool teachers, foster mum, dad and siblings and opened her heart to her adoptive family.

In preschool, Anjing loved the toy kitchen where she could be a good mum, just like Mama Chen (Chen Yanqing), her foster mum.

OneSky helps the Chinese government and welfare workers find ways to provide the best nurturing care and early education for orphaned and abandoned children. The charity also works in Mongolia and Vietnam.

Anjing “cooked”, she put the “food” into different “bowls” and shared it with her “kids.” When she asked, “Who wants a spoon?” her friends would raise their hands and she carefully served the “meal”.

Though her doctors cautioned that Anjing might never sit up, stand or walk on her own, she has mastered sitting and standing and teacher Li has helped her work on walking.

At home before her departure, Anjing’s foster dad Jiang had prepared himself. Anjing was a ‘daddy’s girl’, greeting him every night when he came home late from a long day at work. “Hug,” she would say to him.

On the day Anjing was to meet her new family finally, Anjing’s dad kissed his sleeping daughter for the last time, her brother Miaosheng gave Anjing his last hug before he went to school, her sister Xiangdie combed her hair gently, and Nana patted Anjing’s shoulder as if to wish her the best of luck.

Mama Chen had asked Anjing to pick out her favourite photos in their family album, organised the progress reports written by her OneSky caregivers - and carefully packed them and her orthopaedic shoes and favourite panda in her new pink bag, along with this note:

"Anjing likes to eat eggs, chicken, and fruit; please massage her feet after a foot bath every night; please make sure she wears her orthopaedic shoes every night.”

Then it was time for the drive to the adoption centre accompanied by Teacher Li. During the trip, Anjing had whispered in Li’s ear: "Teacher, I’ll tell you a secret."

Teacher Li whispered back: "Tell me what is it. I won’t tell anyone." Anjing said: "I’m wearing a new pair of socks!" A present from her new mum.

When Anjing and Li arrived, her new Chinese-American family (OneSky does not take part in the adoption process) were waiting to take her back to their home.

Her new big sister touched Anjing’s face, kissed her and patted her gently on the shoulder. Her big brothers couldn’t take their eyes off Anjing but held back.

“Come on, hug your new sister," mum urged. They approached Anjing, hugged her quickly, stepped back shyly and giggled.

As Anjing grows up, the memory of receiving the gifts and the faces of those who cared for her will fade as she is enveloped in the love of her new family.

But the gift of unconditional love she received from her caregivers in China, which enabled Anjing to thrive despite the daunting physical and emotional challenges of her youngest years and readied her to embrace the love of her new family, will endure. 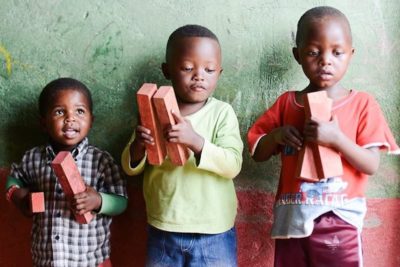 "If early childhood development is a priority, a lot of things can happen" 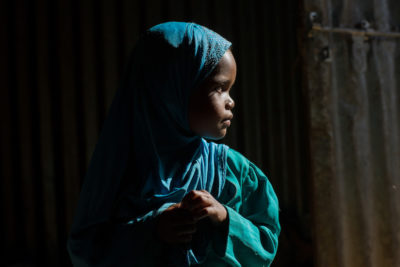 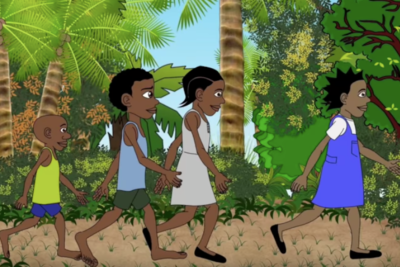 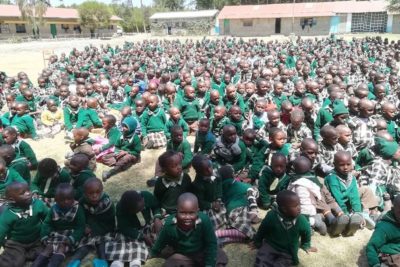