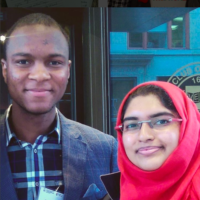 Two of them - Taha Fathima Khan from India and Ousmane Ba from Sierra Leone - are in New York this week for the launch of the Education Commission report and the United Nations General Assembly (UNGA).

Their GYA Journal tells each day what they've done, who they've met and how they're promoting the cause of education for all.

We began with a very early start at Harvard Club of New York, where Dubai Cares formally announced a new $10 million Research Envelope coinciding with the week of the 71st United Nations General Assembly (UNGA).

The research envelope was known as Evidence for Education in Emergencies (E3). A distinguished panel unveiled startling research findings. These findings hope to encourage increase in donations.

Some facts, such as 1% of all refugee children will actually go on to receive a university education, emphasized the need for Safe Schools.

Some of the attendees included Princess Sarah Zeid of Jordan, David Miliband of the International Rescue Committee and many others.

Normally, research findings are rather dry - but despite the early hour, we were rapt in attention due to the worrying figures, as well as the way the findings were presented. Each speaker spoke with great passion.

We were pleasantly surprised when they announced our names at the end and thanked us for being there as youth ambassadors.

Next up, Every Woman Every Child hosted an event at the UN HQ, Together 2030. Attended by world leaders, including Nobel Peace Laureate Aung San Suu Kyi, President of Chile Michelle Bachelet, and former Prime Minister of Denmark Helle Thorning-Schmidt, the conference was focused on the power of harnessing the potential of women, children and adolescents.

Through a panel discussion, the attendees shared their opinions, thoughts and insights on empowering young millennials.

Among the panelists was youth activist Vivian Onano from Kenya, who passionately and eloquently touched upon youth inclusions.

“Listen to us, invest in us and empower us,” she remarked. Then, close to the end of the event, a group of young leaders told their own unique stories in support of the Sustainable Development Goals.

Next, we attended another research discussion. This one was conducted by Plan International UK. This was a longitudinal cohort study that followed 142 girls in various countries for 10 years.

This study truly gave a human face to statistics. It showed the effects of various factors including poverty and violence on accessibility to education.

The panel included three young advocates who shared their own experiences as well as their work. The presentation was interspersed with case studies and real stories that created a great deal of impact.

At the end of the day we had an interview with Sarah Brown, founder and President of Theirworld, the children's charity behind A World at School. We got to share our respective stories and our commitment and passion for education and advocacy.

We felt humbled by Sarah’s work and she talked to us about the power of young people to bring about change in the campaign for education.

More importantly, she told us why she believes the Global Youth Ambassadors play such a crucial role in campaigns like Safe Schools.

Wonderful and inspiring, she strongly expressed her appreciation for the incredible work the GYAs are doing - which really motivated us at the end of a busy and tiring day.

The United Nations General Assembly (UNGA) is where the nations of the world can debate global issues and agree on policies such as the Sustainable Development Goals which deal specifically with human rights for children and their wellbeing. 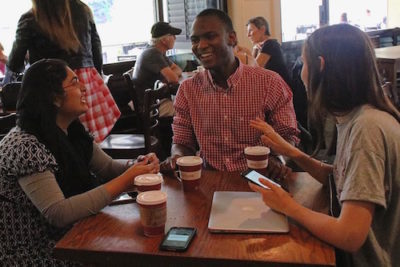 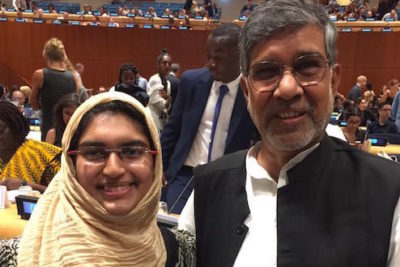 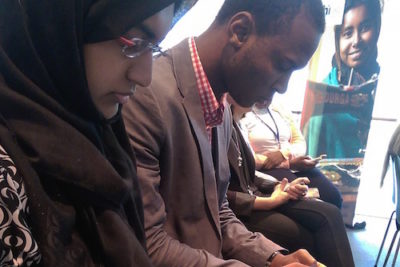