Vulnerable girls in Nigeria are being shown how to overcome expectations of early marriage and create better futures for themselves.

I live in Oworonshoki, situated in Lagos, Nigeria. I have lived in the area for over two and a half decades and I have seen first-hand how girls are treated as inferior to boys and expected to marry early.

This is a community where girls see themselves as being complete only with the attention of a man or boyfriend.

A community driven by poverty, sexual harassment, child abuse, domestic violence, sexual violence and lack of basic academic infrastructure in the only public secondary school within the community leads to low self-esteem and inferiority complex in adolescents, especially girls.

As a result of this we carried out a survey using self-esteem questionnaires. The report shows that more than 50% of our teenage girls live with very low self-esteem and are vulnerable.

Three out of five teenage girls suffer from low self-esteem compared to one in five boys.

Girls with low self-esteem that we interacted with felt insecure because they believe they are not good at solving maths problems, science and finding solution to other core technological subjects.

This can be attributed to the fact that it has become a community culture that such subjects are male-dominated.

Interestingly, two out of every five girls were more concerned about marriage as one of their top goals, which is seen as a norm within the community.

As a result of this, we carried out the Female and More self-esteem campaign which was launched on the International Day of the Girl Child in 10 different schools - reaching out to over 400 girls within the community.

It helped teenage girls to learn that they can do more and be more if they believe in themselves. We were able to change the mindset of our teenage girls by teaching them:

They also learned to be able to communicate and define views and opinions, as well as respect others' opinions too. These virtues and more are what we want to infuse in our teenage girls.

In order to achieve a continuous and sustainable development, the Sustainable Development Goals (SDGs) was introduced and a “changemakers’ SDGs Club” was formed in each school. We used the SDGs to create change and build future leaders.

When girls are given the right tools to succeed, they can create an incredible future not only for themselves but also for those around them.

We believe in social change through social inclusion, being agents of change and that change is possible.

For our community we will rise, for our girls we will rise. Who is willing to rise with us? 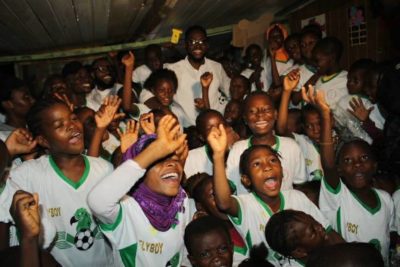 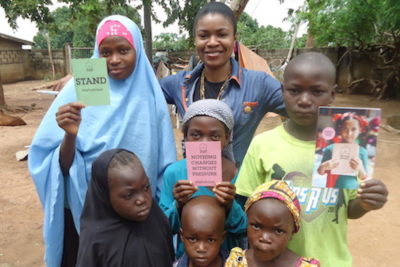