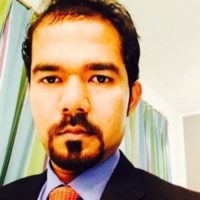 In Pakistan's Sindh province, a Global Youth Ambassador is supporting action in rural areas to protect the rights of girls and women.

Pakistan is a country where the rights of women are recognised in its laws and policies. But day-to-day life for women can be very difficult.

Sadly, they are seen as the lesser sex and to empower women with political and social power is not welcomed.

Women are being exchanged, trafficked and killed for the sake of honour and for the settlement of disputes. Village leaders are quick to dishonour women and if any woman calls for support or fights for her rights she can be at risk of being harassed or even killed.

The situation is so bad that we need to start at the beginning and empower women from the community level and upwards.

I am working in Sindh, a province that has mostly liberal attitudes and norms but the conservative behaviour of the rural communities is holding firm. Unfortunately, local leaders base their understanding of society on false norms, illiteracy and a lack of basic facilities.

Gender-based violence (GBV) is considered one of the leading social problems across the world and Pakistan struggles with this issue.

According to the World Economic Forum’s Global Gender Gap Report 2016, Pakistan ranked 143 out of 144 countries. Neighbouring countries like Bangladesh and India are far ahead of Pakistan in this report.

In rural Sindh, women are discriminated against in almost all walks of life and  a female birth in the family is rarely welcomed. The vast majority of women are under the influence of prevailing cultural taboos on issues relating to their personal life.

Female education is deemed to be against tradition and, as a result, the majority of women in the province are illiterate. On top of this, women are often forbidden from leaving the house on their own, are married without any choice and are treated as inferior within the family unit.

This is why I am working in Sindh to empower women through interactive theatre. Using theatrical performances, I engage male and female community local leaders, influential and community activists to provoke critical thinking to address violence against women by men.

Through the workshops they become aware of men’s power over women and how the community’s silence and unwillingness to interact with this power perpetuates violence against women.

I work alongside vibrant, dynamic youth to counter gender-based violence by supporting them to take action at grassroots level for women's rights and access to justice.

So far we have seen some success, as communities in Sindh are recognising GBV and taking action to prevent harmful traditional practices such as early marriages and forced marriages, the selling of girls and honour killings.

Communities are coming to realise that GBV can be countered through equality and a non-violent approach.

I have found that interactive theatre is an effective way of connecting a community to its social problems. I believe that outreach in this fashion can have a huge impact that will hopefully ripple out the wider population of Pakistan and beyond.

I will work tirelessly towards achieving an inclusive, non-discriminatory and barrier-free country centred around equality. I hope that this cause that I'm dedicated to reaches out and resonates with people throughout this platform. 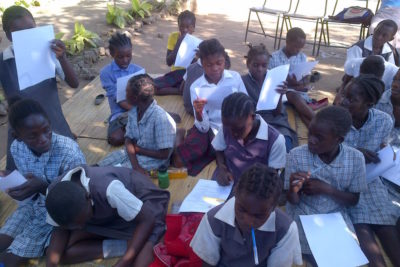