After a year that left many people feeling bruised and confused, Theirworld President Sarah Brown looks at the year ahead and how to deliver lasting change for children.

We would be entitled to approach 2017 with trepidation - so many people still battered and bruised, grieving and confused by the events of a momentous 12 months.

Now a new year has begun and with it new commitments to get back to our core values. Big decisions have to be made. Millions of children’s lives are at stake. Do we protest and rise up or do we figure out a way to work with what we have? We need to do both, I believe.

Last January I mapped out my priorities for girls and boys. I said: “The state of our planet and its people depends on whether global leaders make and stick to the right, courageous decisions. And it falls to us to use our voices to persuade them. If we fail, we fail together.”

Nothing has changed there. I stand by every word. It is the absolute essence of how we should choose the actions we take as campaigners this year.

The voices we heard in 2016 delivered unexpected political outcomes but I am not sure that we have yet fully understood what the message was. What is abundantly clear is that many people feel short-changed on hope. They want action.

We must challenge our current circumstances both by acknowledging where we are and by calling for more and for better - better government, better funding and fairness, better life chances.

Following an extraordinary year, here are my revised campaign priorities for the changed world in which we now live.

Last year I called for integrity in the development and humanitarian space. The change is not fast enough - too many campaigns are narrow in their ambition to fundraise for individual programmes and disingenuous when it comes to looking squarely in the face of real change.

Fake news, untruths and swathes of self-justification are spiralling through everyone’s media and communications. It is time now for the ‘save-the-world’ theorists to lead the way in reforming ways of working to produce more successful outcomes and contribute to a bigger picture.

None of us should be afraid to look to our own sectors whatever we do and launch our own critique.

There has been great progress in the private sector which has started working with international development departments and NGOs to provide education for all (The Education Cannot Wait Fund and the Global Business Coalition for Education are two examples).

New partnerships are being fostered by big business but there will be some very righteous challenges to the way business can also contribute by paying fairer taxes in both developing and highly-developed countries.

Girls around the world are nowhere near the point where an equal and fulfilled life is guaranteed and gender violence and prejudice still abound. Women are attacked in India, still forbidden to drive in Saudi Arabia, still dying in pregnancy and childbirth in parts of the USA as much as in sub-Saharan Africa and still earning and learning less throughout their lives.

This year we return to our International Women’s Day initiative - #rewritingthecode. We will be looking at why girls around the world don’t have equal access to education. And why women don’t have equal pay and equal opportunity in the workplace.

90% of the brain’s development occurs before a child is five and world leaders are taking notice of the need to invest in the children before they arrive at school, if they are to fulfil their full potential. There are a number of organisations coming together to each campaign on this in 2017 including Unicef, Save The Children and Theirworld.

Theirworld’s #5for5 campaign focuses on the five interventions needed to provide every child with quality care: nutrition, health, learning, play, and protection. The campaign is focused on building political will and generating funding to give every child the best start in life.

To do this, a global movement is needed to build public demand for action. Currently countries spend less than 0.1% domestic GDP on early childhood care and development (R4D Commission background). The World Bank could lead the way on this in 2017 and make early childhood development a priority of its Global Finance Facility.

As hard as we all try to encourage investment in international development, the need to see investments reach their destinations is paramount. Rising inequality will mean impatience against corruption and poor governance.

Anti-poverty and human rights campaigners will join with education campaigners to create even stronger messages and calls for action. The vast networks of young campaigners mean that every country in the world will have its moment of speaking truth to power.

Campaigners are coming together this month to remind world leaders of a promise made. In February, 2016, world leaders met in London. They pledged a school place for every single Syrian refugee child in Jordan, Lebanon and Turkey. Governments promised more money that day than at any other one-day event in history.

Today half of all Syrian refugee children are being given an education - and a future. But the other half - 800,000 children - are yet to set foot in a classroom. So what happens now?

We want to get the attention of world leaders currently preparing for the G7 summit in May to get the remaining Syrian refugee children back into school where they belong - and create similar plans for all other countries of major crisis and conflict.

As Ban Ki-Moon has bowed out from the United Nations leaving a positive legacy the new Secretary General António Guterres will preside over his first UNGA in September. This could be a pivotal point as he sets his agenda for peace-building and bringing opportunity for those who miss out.

Ahead of that there are big markers when gains can be made, financial reform for education and ECD funding at the Spring World Bank meetings, the G20 and G7 summits and the year long follow up to the Learning Generation report which is the blueprint for all the missing funding if we can just apply ourselves to the detail. The work to restore hope with an action plan for children starts now. 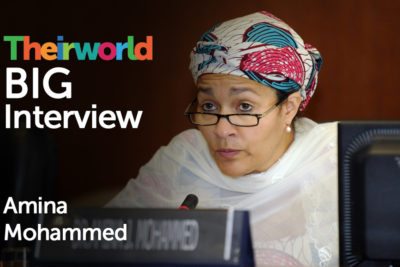 “We must never tire of promoting the evidence - education is fundamental to fighting poverty, improving lives and empowering girls” 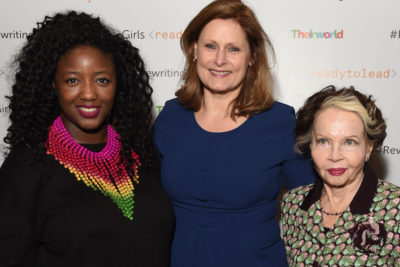 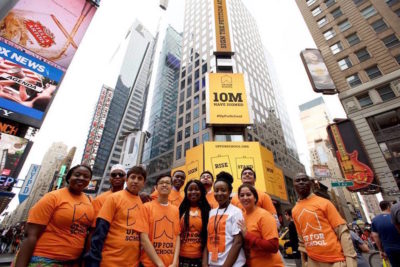