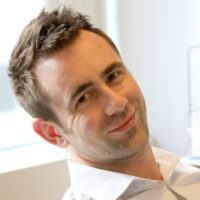 The terrible fire that swept through the overcrowded camp on Lesvos should focus international attention sharply on finding solutions to problems that have been neglected for too long.

On Wednesday morning we woke up to news of the previous night’s nightmare. The Moria Camp, located on the Greek island of Lesvos, already commonly referred to as “hell on earth”, was set ablaze and all but destroyed. Nearly 13,000 refugees – including 4,000 children – were forced into the darkness, once again homeless.

Earlier this year Theirworld delivered a clear message: the international community needs to take responsibility for a refugee crisis in which there are 31,000 child refugees in Greece, including as many as 10,000 across six islands. It is time for a pattern of delayed action, lagging political will, and shortages of resources and capacity, to end.

Caring for children who are caught in the political crossfire of a debate about what to do with a refugee population fleeing war and persecution, is the most apolitical gesture that could be made. Yet neither the European Union nor the Greek government has taken basic steps to provide education and hope for children.

As the emergency response and recovery unfolds at the Moria Camp, the first priority will be to ensure the immediate safety and health of all refugees. One of the education centres that Theirworld has supported, in collaboration with the Dutch Postcode Lottery (Nationale Postcode Loterij), the Tapuat Centre, is being used to provide temporary shelter to the victims, especially unaccompanied minors.

While over the next several days we will see charity and NGOs launch financial appeals, there is also an urgent need to put in place a strategy for the medium and long term. We’re calling for the creation of a response which prioritizes the education, health and safety of children. It’s time this nightmare situation provides some hope, opportunity and promise of a better future.

There were encouraging words in the immediate reaction to the blaze. On Twitter, EU Commission President Ursula von der Leyen stated her readiness to support refugees, while Vice President Margaritis Schinas has been sent to Greece. David Sassoli, President of the EU Parliament, said “Europe must show solidarity!” The EU Commission said it was ready to provide assistance if requested, and a transfer plan was announced for the remaining 400 unaccompanied minors in Moria.

But words are not enough; we need action and real commitment, for the crisis is much larger than Moria. If these statements of solidarity are real, European leaders will take a serious look at our proposals developed with local and international organisations and experts, contained in a report by Maysa Jalbout published in April, to provide longer-term hope and opportunity for refugees and refugee education. They are proposals which would have limited cost and maximum impact, and contain a vision that every government official, humanitarian agency and NGO should rally behind today:

1.    Education must be part of the immediate response. We must ensure that the emergency response to the Moria Camp tragedy prioritizes education alongside health, safety, food and shelter. Education provides a sense of normalcy, psycho-social support and most importantly hope for a better future.

Since the start of the summer, we have been campaigning for the European Union to contribute €20 million to support a rapid scale-up of refugee education across the islands to double capacity for this school year and the next, as refugee numbers show no sign of decreasing. The EU must take immediate action and the Greek government must allow for interim provision by local NGOs. supported by UN agencies.

2.    Fast-track international support for a comprehensive refugee education plan in Greece. The Moria tragedy highlights the extreme pressures that have been building in the camps for some time. A solution must be reached which moves children from the islands into more semi-permanent living conditions. Alongside this should come free, public education aligned with Covid-19 safety guidelines.

The international community should recognise the pressure and drain on Greece’s education system and more actively support the country’s efforts to expand refugee education over the next five years.

The Greek government needs to demonstrate more thorough planning that would inspire greater support. Only one-third of all refugees in the country were in formal schools last year. The Ministry of Education must be boosted to nearly double that figure to enrol 25,000 refugee children and youth for the 2021-22 school year.

The international response must not stop at the immediate emergency but must demonstrate proper commitment to a long-term plan for refugee children and education. There is expertise and goodwill that can quickly be made available to the Greek government.  A large-scale tragedy like the one this week is a wake-up call that must be answered. Why has investing in opportunity for children been so controversial and met with such a lack of action? It is time for this lethargy to end.