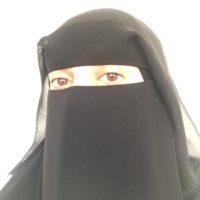 To mark the launch of Theirworld's report Safe Schools: The Hidden Crisis, one of our Global Youth Ambassadors - who is also a teacher - tells about the education crisis in her country.

The report predicts that in 2030 there will be 16.5 million teachers - from pre-primary to upper secondary - in countries impacted by violence, humanitarian emergencies and high levels of violence.

My name is Ahlam Ahmad and I am from Sana'a, the capital city of Yemen. I would like to tell you how the armed conflict in my country has affected children’s access to education.

The conflict in Yemen has impacted access to education in my community and it has also impacted my life.

The war deprived more than 2.5 million children of education. Many are now accustomed to fighting with armed groups, girls are forced into early marriages and children are also forced to leave school to work or beg in order to help their families.

Thousands of children have been orphaned or disabled as a result of the war.

It has also affected me and my fellow colleagues - we are teachers and we have been working without salaries for three years.

Teachers are forced to teach without pay and leave their families and children starving - otherwise the governorate will take their jobs.

Some teachers and professionals working without salaries are forced to work on the streets or beg - and in the worst scenarios they die.

Many people committed suicide and some have killed their children because they couldn't feed them due to unpaid salaries and lack of job opportunities.

War has destroyed thousands of schools and some of them have been used for internally displaced people (IDPs) or military purposes.

The enormous scale of attacks on schools and threats to education suffered by millions of children around the world has been revealed in Safe Schools: The Hidden Crisis. Read the report.

I was going to be travelling abroad to study my MA and later my PhD but I lost such opportunities due to the war.

When the war escalated in 2015, schools closed and I couldn't remain silent. I started to advocate for education through social media.

I launched my first initiative called Support Education in Yemen, spreading awareness about the importance of education and inviting people, the community, the government, organisations and decision-makers to continue education whatever the circumstances.

At the beginning people ignored me and told me that education isn't important as we are in an emergency and we must focus only on food and health.

I didn't give up. I continued campaigning to advocate for education and published strong posts on social media and sent powerful messages to as many people as possible, explaining the importance of education.

I was able to persuade thousands of people that education is no less important than food and it must be provided.

I started persuading wealthy people to support the poor in getting their children back to school. I mobilised resources and supported IDPs, the poorest, the most marginalised and refugees. I provided them with bags and stationery.

I found that raising awareness, as well as providing children with bags and stationery, was not enough to support them. Children faint at schools because of hunger since their families do not have enough money to feed them.

This resulted in children leaving school early in order to work so they could help their families.

I had the urge to develop something to support them. Then I launched my initiative Empowerment for Education (EfE) which aims to support small projects in order to empower poor families to provide their children with education.

Through the EfE initiative I could establish small projects such as a sustainable resources and income funds to help poor families to feed and educate their children.

One of the most notable projects the EfE supported was the case of Amani. Her husband died and she was left alone with her five children.

Amani lives with her children in a small, dirty and old room which contains a bathroom inside it. Amani and her children needed food, clothes, medicines and a place to live because the room owner wanted to evict them.

I visited Amani and studied her situation. She told me that she worked in many types of works but she got no benefit from them and she sometimes worked as a house worker in people’s houses to feed her children.

She told me that she had always had a dream to have her own project. I asked her to choose one that she loved and she said: "I have a project which I am sure it will help me and I would love, which is to have a mobile buffet, a trolley for selling sandwiches, tea, juice, coffee, fries, eggs and spicy potatoes."

We helped source a trolley with all the supplies and the equipment she needed and helped her to move to a clean, new house. We helped pay for the rent for the first two months and provided her with all basic needs like water, food, furniture until she started making profit from her work.

She chose a house in a strategic place where she can operate with her mobile buffet. The house is near a community college and the city market.

The project allowed the family to have a source of income to help with food, pay rent, get clothes and live without asking people to help. The mother now has changed her mind and is happy to have her children living with her - she will never send them to orphanage.

Education Watch is an app which supports education through technology. It is a platform and tool to monitor and evaluate education.

The family now have their basic needs covered. They have food, water and live in a safe house. Children will start school and EfE will support them with school bags and stationary every year.

The National Foundation for Development and Humanitarian Response (NFDHR) is an NGO which has implemented many projects to support education in Yemen.

It has several initiatives including the rehabilitation of schools, distributing school bags and stationary, spreading awareness of the importance of education, WASH in schools, supporting teachers with different incentives, developing health clubs in schools, providing schools with solar energy and other materials and many more.

Education Watch is an app which supports education through technology. It is a platform and tool to monitor and evaluate education. We have a team managing the control panel of the app and the platform.

The team receives data from schools and the community and sends reports via the app and makes sure the data is correct. The school also sends us its data and has its own page in the app.

We collect data about everything that we consider is affecting the education system - such as any structural issues (destroyed schools), lack of material resources (books, equipment), lack of teachers or the need for support, schools being used for war purposes and occupied by armed forces, IDPs who live in areas without any schools, as well as children who are deprived of education in any place for any reason.

In the app, we ask questions about the problems they find in schools as well as questions about children’s lives that could impact their access to education. We are working on updating the app to add many features as well as to add English language.

The app has been accepted by the Ministry of Education which means that it is legal and can be used by all local and international organisations that work in education.

This also means that the data will go to the Ministry of Education, UNICEF, and all decision-makers who work in the field could find solutions to all the educational problems.

In order to ensure that all children are able to access safe, quality education in Yemen, there needs to be an end to war. Education needs to be prioritised and funded properly. 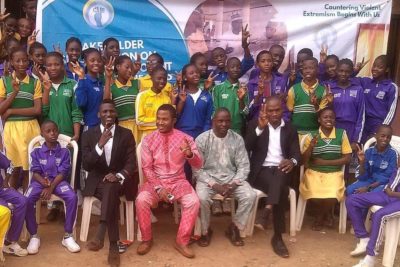