We're looking at the five vital aspects of nurturing care for the under-fives featured in our #5for5 campaign - today we focus on how early learning can shape young minds.

We learn more things in the first five years of our lives than at any other time – as our brains are 90% developed by then. That’s why it’s crucial that under-fives have access to early childhood education during these tender years. In fact, we actually start learning in the womb.

There is much "active” learning in the developed world but developing countries don’t have the same resources to put early education in the spotlight. Governments and charities are beginning to target the development of the under-fives - realising that by getting the foundations right in the early years can produce a more educated population and a more prosperous economy. But the developing world is playing catch-up – which puts many children born there at a distinct disadvantage.

“Learning starts before we are born and keeps going," said Dr Eva Lloyd, Professor of Early Childhood at the Cass School of Education and Communities, University of East London. "Children, especially in the early years, are like little sponges, absorbing all the information around them and then actively making sense of it."

Professor Lloyd reviewed research on the impact on children’s learning in refugee camps and in areas of conflict. While being realistic, she remains hopeful that little ones being raised in conflicts can still reach their potential.

More focus needs to be put on to pre-school education and learning, along with more money being spent supporting parents to encourage children to go to pre-school and pre-primary.

“Participation in good-quality pre-primary programmes has been shown to have beneficial effects on the cognitive development of children and their longevity in the school system," reported the Center for Universal Education at the Brookings Institute. "Yet despite gains, enrolment remains woefully inadequate in sub-Saharan Africa and the Middle East and North Africa.”

Learning and stimulation can be considered as part of the essential nourishment that the developing infant needs to enable the cognitive capacity of the brain to grow and remain healthy.

One example of hope and success is Cuba. It’s not just the Cuban government which has stepped up – families are also a major reason why young children are being so well supported.

More than 99.5% of young Cuban children go to a nursery - and almost 900,000 children under six attend a learning facility, according to the education ministry.

Richard Paterson, Cuba director for the international charity CARE, said: “There is an important cultural element to a child’s upbringing in Cuba. As in much of Latin America, the entire family plays an important part in a child’s development, and with multiple generations under the same roof, this engagement and support occurs on a daily basis."

It is often the most deprived children who miss out on access to preschool and other early learning opportunities involving toys, books and interactive engagement with adults and peers. An estimated 43% of under-fives – that's 249 million children – are at risk of missing critical development milestones, according to UNICEF. 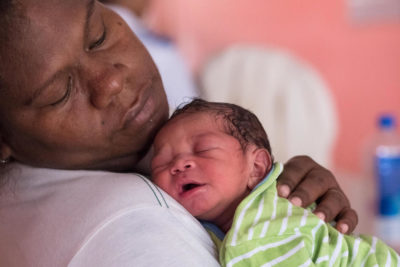