While the country has expanded access to education, a Human Rights Watch investigation said urgent action is needed to protect teenage girls.

Schoolgirls in Senegal are being abused, harassed and sexually exploited, according to a new report.

The investigation found that teachers were also abusing their authority by having sex with students in exchange for money.

The scale of sexual abuse against students is largely unknown because taboos and social stigmas have silenced many girls.

But research by Human Rights Watch and other bodies suggests school-related sexual violence is a serious problem. The organisation documented 10 cases of sexual exploitation and abuses in the context of “relationships” between teachers and students.

Most of the girls were 15 and 16 years old when the abuse took place.

Cases highlighted included that of Fanta, now 23, from a village in Sédhiou region. She had a “relationship” with her 30-year-old teacher for nearly two years.

It started when she was 16 years old and resulted in a pregnancy that ended her education. She told HRW: “I was in his class … it was always hidden.

"The teacher had given me an exercise to complete at his house. After that, we were like this [together]. We would meet at his house. Some teachers knew about it, but they said nothing. I felt ashamed in class … my classmates knew I was going out with him.”

We have a lot of problems as girls … there are teachers who approach young girls.

In a middle school in Sédhiou, at least two girls talked about cases of teachers who had made students pregnant.

Aïcha, 15, who is in the final year of middle school, told Human Rights Watch: “We have a lot of problems as girls … there are teachers who approach young girls.”

She said that a teacher had “a relationship” with one of her classmates.

Aïcha said: “A teacher is in prison because of that … since last year, 2016. He went out with a girl in secret. She was 16 years old. After that, she became pregnant.

"He has refused to accept that it was him. When the girl had the baby [they] did a DNA test and [they] imprisoned the teacher. The girl's parents brought a claim [against the teacher] … The girl is not at school, she stays at home.”

The government has also taken some steps to tackle sexual violence and gender-based discrimination in schools. In 2013, it adopted a robust child protection strategy.

With international support, the government has also focused on reducing teenage pregnancies, including through programmes that help girls stay in secondary school.

“To its credit, Senegal has acknowledged that sexual violence is a serious problem in its schools,” said Elin Martínez, children’s rights researcher at Human Rights Watch and author of the report.

“But many teachers are getting away with sexually exploiting and harassing their students, who tolerate sexual offences to advance in secondary school.”

The report recommended that Senegal adopts a number of measures to tackle the problem.

Schools generally lack confidential systems for reporting and many girls are reluctant to report abuse for fear that officials will shame them or not believe them.

“The government wants girls to succeed in education,” Martínez said. “But it needs to end the culture of silence around abuse by teachers, encourage girls to speak out and send an unequivocal message to all education staff that it will not tolerate sexual violence against students.” 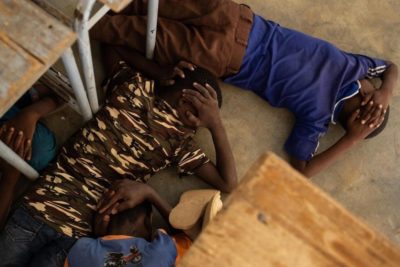 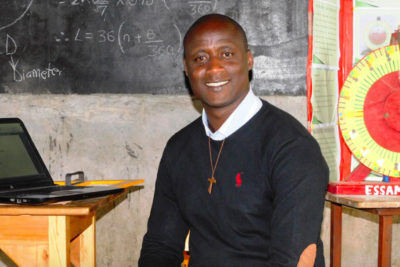 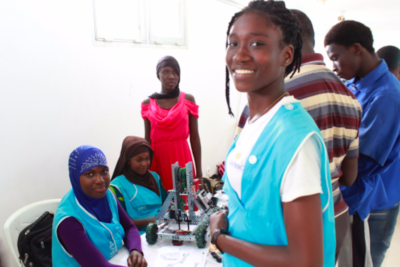