Many youngsters are falling into child labour, over 40% of girls are married by the age of 15 and teachers haven't been paid for two years.

The walls are crumbling, the windows shattered and the boys sit three to a desk. But by being enrolled in classes at all, the pupils are among the luckiest children in war-torn Yemen.

In the rebel-held capital Sanaa, students in olive green uniforms lined up for a morning salute at the Al-Wahda boys' school.

But 15-year-old Alaa Yasser was not among them. Instead, he was working at a nearby car shop to support his family.

"I had to stop going to school to work with my father to help him earn a living," said Yasser, whose family fled the southwestern city of Taez.

Two million children across the country have no access to education, according to the UN children's agency UNICEF, three years into a war that has pushed Yemen to the brink of famine and shows no sign of waning.

Hisham al-Saka, 12, also dropped out to help support his mother and sister after his father's death in 2015.

"I wish I could go to school," Saka said. "But my mother cannot afford to pay for school supplies... she can't even afford to get me and my siblings the uniforms."

Yemen's war prompted the already weak economy to collapse and, coupled with a blockade of its ports and airport, people are struggling to survive as prices skyrocket.

More than 22 million people - three-quarters of the population - are in need of humanitarian assistance, according to the United Nations.

Yemeni children face significant risks, with a high proportion of girls marrying at an early age. More than 40% are married before the age of 15, while three-quarters wed by 18, according to UNICEF.

Boys, meanwhile, are threatened with being drawn directly into the conflict as child soldiers, fighting in a war which has killed nearly 10,000 people.

Fifteen-year-old Mokhtar Yehya is one of the fortunate few enrolled at Al-Wahda.

"We want to carry on studying to become doctors, engineers, and pilots,"  he told AFP. "We hope that things will get better, so that our future is bright."

UNICEF estimates 4.5 million children risk losing access to state schools in Yemen, as teachers have not been paid in nearly two years.

More than 2500 schools have been damaged or destroyed, while some are now used as shelters for displaced people or as camps run by armed groups.

Christophe Boulierac, a UNICEF spokesman, said many teachers "have looked for other work to survive or are only teaching a few subjects. So, obviously, the quality of education is at stake".

"Children are not getting their full lessons due to the absence of their teachers."

Pupils have not be spared in the conflict between the Iran-backed Huthis and the Yemeni government, which is supported by a military coalition led by Saudi Arabia.

Last month, air raids on rebel-held areas killed more than 60 children, including 40 on a school bus in the northwestern Saada province.

The bombings continue to haunt pupils in the capital Sanaa, which the Huthis have controlled since 2014.

Taha Okbeh, a 14-year-old student at Al-Wahda, said his "message to the world" would be "to stop the war and the air strikes on our way to school".

In the government's de-facto capital Aden, 190 miles south of Sanaa, children are busy with plans to rebuild their country.

"I want to be an architect and design tall buildings," said 12-year-old Hamza Saber, a pupil at the Sama Aden school.

His classmate Hisham Moad is equally ambitious, saying: "I want to be a lawyer, to defend people and their rights." 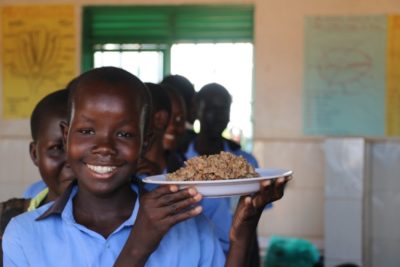 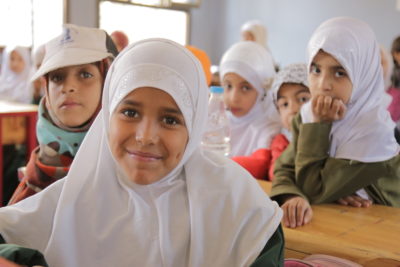