The mass kidnapping today in the city of Bamenda is the latest attack on education in the country's English-speaking region.

Seventy-nine students and three adults have been abducted today from a school in Cameroon, government and military sources said.

It is the latest attack on a school in the country's English-speaking region, where armed groups have taken children and closed down schools in their fight for a separate state.

A government official said the adults were the principal, a teacher and a driver. Sources at the school said most of the students were boys.

The kidnapping happened at the Presbyterian Secondary School in the city of Bamenda in western Cameroon. So far no one has claimed responsibility.

A government spokesman said it was keeping track of the event but could not comment further.

Bamenda was the site of a previous school abduction in September, when gunmen took away five students and severely injured the principal. Several schools were attacked in that month.

“We are going to make sure the students, the people who were abducted are brought back to classrooms” – governor of Cameroon’s northwest region says after gunmen abducted dozens of children from a boarding school in Bamenda https://t.co/AfTY38gdvw pic.twitter.com/VNscLcrTOM

Gordon Brown, the United Nations Special Envoy for Global Education, said: "We hope the children will soon be safe and back with the families. What’s happened in Cameroon emphasises why schools must be treated with the same protected status as hospitals and free from being militarised or used as instruments  of war."

Brown was the chair of a major inquiry into the protection of children trapped in conflict zones.

The legal report of the inquiry - supported by Theirworld and Save the Children - has just been launched and urges immediate action to tackle attacks on schools, denial of humanitarian aid, sexual violence against children and other atrocities. 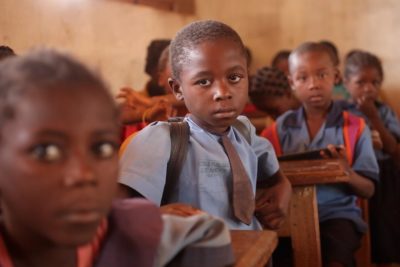 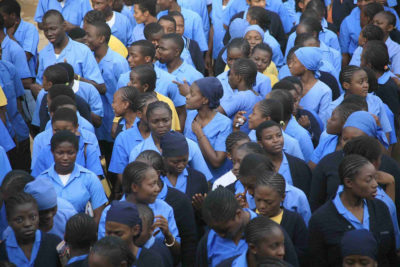