The magician's inspiring video tells about his journey to talk to children in Lebanon who are out of school after broken promises by world leaders.

A powerful film by magician Dynamo about the plight of Syrian refugees left out of school is proving to be a massive hit.

The video 72 Hours - which charts his journey with Theirworld to Lebanon to talk to children let down by broken promises from world leaders - has been watched almost a million times so far on Facebook, Twitter, YouTube and other platforms.

Celebrities have also been sharing the film and urging their fans to watch it, sign the #YouPromised petition and campaign for the rights of children forced out of their homes and schools by conflict.

British TV illusionist and Theirworld Ambassador Dynamo travelled to Lebanon to discover the impact of broken promises - two years after leaders pledged to get every refugee child into education by the summer of 2017. He will head to Brussels with Theirworld next week to show the film and talk to world leaders at a Syria conference.

Here's what a selection of British celebrities have been saying about Dynamo, the film 72 Hours and the campaign to get every Syrian refugee child into school.

Right now there are over half a million children in need of an education. Together we can change all that. Do you want to change their world today? Share this film now. #YouPromised https://t.co/YoFnkoRWW5

In 72 hours we can change the world for over half a million Syrian children. Share this film to remind world leaders of their broken promise, one we’re determined they will not forget. Join @theirworld’s #YouPromised movement to make education a reality. https://t.co/FMA8iShr2Q pic.twitter.com/94SREuMoXn

I urge everyone to support @SarahBrownUK with her much needed @theirworld campaign. Just 72hrs left to help make a difference. Visit https://t.co/IyJcz0l6zY to get involved. https://t.co/u64sb4Y8LY

The next 72 hours could change the world for Syrian refugee children. Please watch & share this film NOW. Tell world leaders to keep their promises. https://t.co/Qj8cH1TYQr #YouPromised

This is an amazing short film about a remarkable man at an extraordinary moment in our lives. Watch all 8 mins if you can - but if not, check out the last 60 seconds. It's important. #YouPromised https://t.co/yLrQPKQw0o

Also, Dynamo needs your help for this worthy cause. Please give it a watch. 72 Hours https://t.co/lve2CfzykP via @YouTube

This video is going to pop up repeatedly in your twitter stream over the next 72hrs and for a bloody good reason. Pls watch it (and if not the whole thing, the last 60 secs). It's about making sure Syrian refugee Children get the education they need. Then RT and Rt and RT again. https://t.co/InI3rVmI7E

PLEASE watch and share to help get half a Million Syrian refugees in to education!!! https://t.co/m8qRdb4Yqr

Right now there is over half a million children in need of an education. Together we can change all that. Do you want to change their world today? Share this film now. #YouPromised https://t.co/6Px9ZWfh0B

In 72 hours we can change the world for over half a million Syrian children. Share this now to remind world leaders of their broken promise. Join @theirworld’s #YouPromised movement to make education a reality. https://t.co/KAn28oEI7F 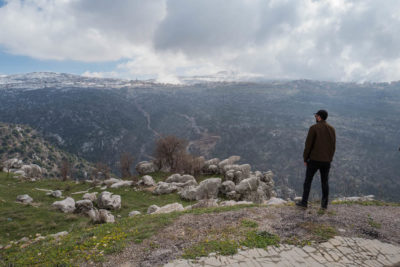 Dynamo: I had to do something to help Syrian refugee children 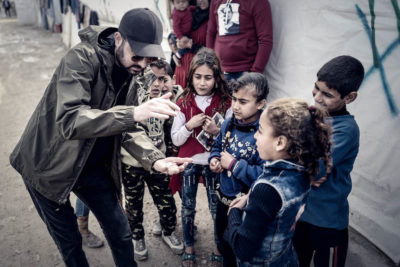