Nidia Cortes Parra from Colombia and Esperande Bigirimana from Burundi talk about changing the culture of violence against girls and women.

Two inspiring women who were victims of rape as a weapon of war have told how sharing their stories with other survivors helped them to deal with their trauma.

Nidia Cortes Parra from Colombia and Esperande Bigirimana from Burundi said talking to other women who had been through the same experiences was hugely helpful in their recovery.

"It has empowered me and empowered other women to talk about it - and then we can do something about it," said Nidia.

They spoke to Their News after being honoured at Theirworld's International Women's Day event in London yesterday. Nidia and Esperande received #ChangeTheCulture awards after delivering inspirational and moving speeches.

Both women are in the Global Survivors Network, which helps victims of rape as a tactic of warfare and terrorism to raise their voice and share their stories to bring about change.

The network - which supports women in 14 countries - grew out of the Dr Denis Mukwege Foundation, which has been working with survivors of rape and sexual violence, initially in the Democratic Republic of Congo and then around the world.

Nidia and Esperande travelled to London this week to be at the event, where the theme was changing the culture of violence against girls and women.

Nidia is a 43-year-old mother of two from a region of Colombia that was affected by the armed conflict. She was a victim of sexual violence by FARC guerrillas and then became a community leader.

On stage at the Theirworld event, she said: “My life experience, and my leadership, have committed me to work, now and always, for the rights of women, to prevent sexual violence and for the construction of peace at home and in the country.”

Esperande said: “Sexual violence is a major strategy that has turned rape into a weapon. The victims and survivors have their bodies mutilated and broken. We are stigmatised and cast out in our community.

“These atrocities occur on a massive scale, impacting societies in addition to severely damaging victims. Those who have perpetrated sexual crimes seem to be exempt from blame.”

"It was a way of changing the mindset in my community," said Esperande of her experience in the Central African country of Burundi, which was riven by civil war for more than 20 years.

"It was accepted that it was my fault I had been abused and raped. So I started to look at it and say: 'Is it my fault?'

"No one talks about sex and sexual violence - it is like something secret. Even when you are raped, your family doesn’t want you to talk about it. They feel like it is carrying shame.

"I went out in the community and I asked if it was happening to other people. I also found there are so many survivors from different countries. We came together and started to talk about it and get group support for survivors because they had a common problem.

"After six months I was able to feel, no it wasn’t my fault. It was somebody else who committed a crime against me. Then I took the opportunity to educate people around me, whenever they wanted to talk about bad things. It’s a crime - breaking the silence helps you to go on with your life, with the support of other survivors.

Nidia echoed that, saying: “To help cope with this pain, it was good to belong to a women’s organisation.

"In Colombia, I work with a network of victims who are professional women. 1200 women have come to talk about their experiences as victims of sexual violence and we give support to all of them.

"Our network goes into schools. We talk to children about sexual violence but also all types of violence. The talks at schools have empowered children - they have a tool and it’s giving them a way to fight.

"We also teach families that violence should not happen and to respect women."

Sexual violence in warfare is an under-reported, common and deliberate military strategy, that leaves girls and women not just physically scarred but often facing shame and stigma in their own communities.

At the International Women's Day event yesterday, Theirworld President Sarah Brown talked about Dr Denis Mukwege as a champion for such women.

The world-renowned gynaecological surgeon is the founder and medical director of Panzi Hospital in Bukavu, Democratic Republic of the Congo.

Since 1999, he and his staff have helped to care for more than 50,000 survivors of sexual violence. The hospital not only treats survivors with physical wounds but also provides legal and psychosocial services to its patients.

Sarah said of Dr Mukwege: "He first wrote to me over a decade ago and his letter stood out amongst all the correspondences I received and it opened my eyes to the scale of the brutality. Just recently I read a second letter that has again raised this issue.”

Sarah asked actor Pearl Mackie - who plays Bill Potts in the TV show Doctor Who -  on stage to read out the letter. Written by Tatiana from the DRC as part of a book she's writing titled In the Land of Despair, it’s a harrowing and defiant message to her rapist.

You can read the full letter here.

The latter two also received #ChangeTheCulture awards - Lyse for her fearless but empathetic reporting from many of the world's danger zones and Annie for her work with The Circle organisation in empowering, supporting, connecting and inspiring women to become advocates and change agents. 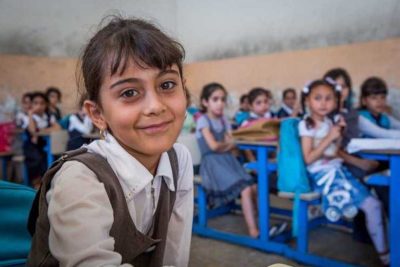 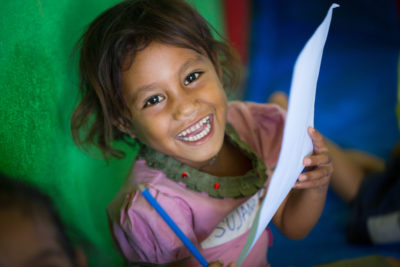