To mark Day of the African Child, we look at how a lack of investment in early childhood education is affecting those who need it most.

Day of the African Child has its origins in a shocking tragedy from 1976 - when a protest by schoolchildren ended in bloodshed. But over 40 years later, children in many African countries are still deprived of their basic right to a quality education.

That starts with pre-primary education. 90% of a child's brain development happens before the age of five, so the early years are crucial in providing a foundation for learning.

Children who receive pre-primary education are better equipped for primary school and less likely to drop out. But a severe lack of investment in early childhood education is putting millions of children at a disadvantage before they even start school.

Large parts of Africa have an extremely low rate of early childhood education - with only one in four children aged three to five attending some form of preschool in sub-Saharan, West and Central Africa.

"We'd have a healthier, wealthier and kinder world if every child had preschool education," said Theirworld President Justin van Fleet at an event to launch the charity's 2019 report Leaving the Youngest Behind.

Here - to mark Day of the African Child - we look at the origins of this special day and how an early childhood education crisis threatens to wreck the future for millions of young children.

A day to remember the rights of children

Day of the African Child is held on June 16 each year to mark the horrific killing of South African school students in 1976. Thousands of children in Soweto were protesting about the poor quality of their education and the fact that the minority white language was being forced into their schools.

Their peaceful demonstration ended in a mass killing when police began shooting at children. There are various reports of how many died - 176 is the figure usually given but some estimates put the toll at 700.

To commemorate the Soweto victims, June 16 was declared as the annual Day of the African Child in 1991 by the Organisation of African Unity - now the African Union. It promotes children's rights and features events in African countries and around the world.

The reality for many of Africa's young people

More than half of the continent’s population, around 700 million people, are under the age of 25 - and most are denied good education or training.

About 300 million of the 350 million school-age children and youth are not on track to reach minimum levels of secondary school skills, according to estimates by the Education Commission, whose groundbreaking 2016 report The Learning Generation highlighted the global learning crisis.

Of them, 240 million will not even achieve primary level learning and nearly 100 million are not at school at all.

This means Africa is home to ONE-THIRD of all children who are not learning around the world.

Quality pre-primary education sets a strong foundation for learning, according to UNICEF's 2019 report A World Ready to Learn.

Children who attend pre-primary are more likely to stay in school and get basic primary skills, as well as learn other vital social skills.

"Having a pre-primary education can also have a significant impact on a child’s future prospects in education and in adult life. It’s particularly vital for the most marginalised young children in the poorest countries," said Theirworld's 2017 report Bright and Early.

The World Bank - the largest donor to pre-primary education - said early childhood development is “one of the smartest investments a country can make in its future”.

In Mozambique, children in rural areas who enrolled in pre-school were 24% more likely to go on to attend primary school. They also showed improved understanding and behaviour compared to children who had not.

A recent study in Uganda found that children who did not attend pre-primary schooling were more than twice as likely to repeat first grade at primary school.

What the future holds - without urgent action

Africa faces having an increasing share of the world's out-of-school and uneducated populations of young people.

The Sustainable Development Goals agreed by world leaders include this target: “By 2030, ensure that all girls and boys have access to quality early childhood development, care and pre-primary education so that they are ready for primary education.”

On current trends, according to the Education Commission, by then:

Education is vital for girls

One in eight girls in sub-Saharan Africa are married by the age of 15. If all girls completed secondary school, early marriage would be reduced by over 60%.

An African girl who receives a full secondary education will have two children instead of five. And a child whose mother can read is 50% more likely to live past the age of five and twice as likely to attend school.

Among low-income countries, the Democratic Republic of the Congo, Mali and South Sudan spend only an average of $1 or less on each pre-primary child. But Tanzania and Zimbabwe are showing the way to others by committing more than $20 per child.

What still needs to be done

Theirworld has been campaigning for all countries and international donors to increase and prioritise their spending on early childhood education.

We held a joint event with UNICEF in Washington, DC, in April to launch reports on the issue and to highlight the urgency and action needed to achieve the Sustainable Development Goals target of early childhood education for all by 2030.

Theirworld’s #WriteTheWrong campaign is mobilising over 1,000 youth campaigners, the business community and the public to draw greater attention to early education.

With greater donor investments to pre-primary ECD, I genuinely feel that my country will leap forward in general education levels.

More funding for early childhood development would have a significant impact on my community and country. When a child loses support in their early ages, this will impact negatively not only their personal development but also their community.

The current donations to global pre-primary education are still not enough to address the challenges in developing countries, like Ethiopia. 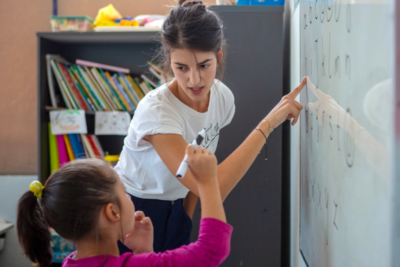 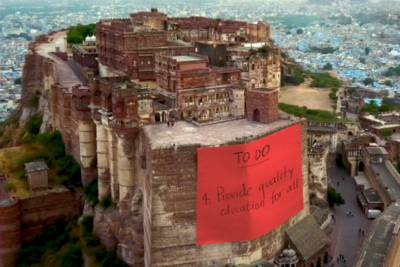 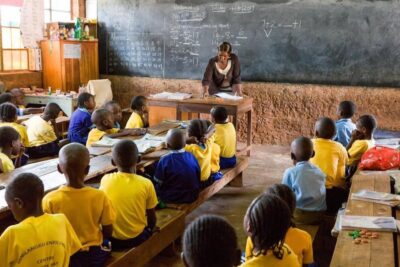 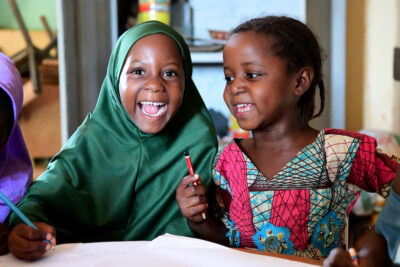