Making the EU's systems more flexible and effective would give an opportunity to support the IFFEd initiative to get millions of children into school.

Millions of people in crisis-hit and developing countries around the world are helped each year by funding from the European Union.

Now the European Commission aims to reinforce that leading role by dramatically increasing its foreign aid budget by 30% to over $140 billion and making its systems more simple, flexible and effective.

Changes to the way the long-term budget is structured and operated from 2021 to 2027 will also make it easier to focus on engagement with partners.

That could be good news for a bold funding initiative to help millions of children into school in developing nations. Support has been growing for the International Finance Facility for Education (IFFEd), which will unlock billions of dollars in new funding streams.

The EU budget announcement has been welcomed by Justin van Fleet, Director of the Education Commission that came up with the IFFEd idea.

He said: "An incredible increase has been proposed for the EU's budget on future development aid EU - and a new architecture. This would provide much more possibility to support the future International Finance Facility for Education.

"We need the Europeans to back this and make financial innovation possible for global education so we can achieve Sustainable Development Goal 4 - getting everyone into school and receiving a quality education."

More than 1.5 million young people have called on world leaders to back IFFEd - with a petition led by Theirworld handed in to United Nations Secretary-General António Guterres last month.

The UN chief accept the #MakeImpossiblePossible petition from three of our Global Youth Ambassadors and said: "Investment in education is absolutely crucial. The International Finance Facility is a chance to fill the gap that exists."

The new structure will allow the EU to respond quickly to changing situations and emerging crises - including conflicts and natural disasters.

About 75 million children were out of school or had their education disrupted last year because of humanitarian emergencies.

These can disrupt a child's education for years. Emergencies mean children miss out on vital learning and are deprived of a safe place to be when they are in very traumatic situations.

Christos Stylianides, the EU's humanitarian commissioner, said: "As humanitarian emergencies in the world are increasing every year and becoming more complex, the EU is reinforcing its leading role as a major humanitarian aid provider.

"With an increased budget, we will continue showing solidarity with millions of people in need."

The humanitarian part of the EU budget will be increased to more than $12.5 billion.

Neven Mimica, the Commissioner for International Cooperation and Development, said: "Our proposals set out the financial basis for the EU to maintain its role as the leading development actor, assisting our partners to eradicate poverty and respond to global challenges, while ensuring we leave no one behind." 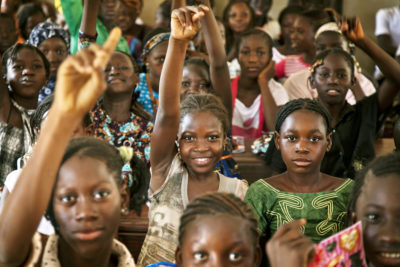 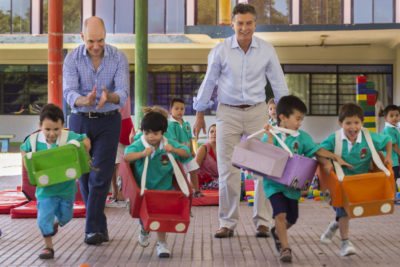