Our roundup looks at how Education Cannot Wait has helped 3.5 million children in crisis countries and the effect of the devastating Beirut explosion on schools.

Education Cannot Wait has now helped almost 3.5 million children and youth in some of the world's worst humanitarian crises.

The global fund for education in emergencies - launched in 2016 after campaigning by Theirworld and others - has so far mobilised $662.3 million and last year reached 29 countries, according to its Annual Results Report this week.

“The report comes at an unprecedented time when the global education crisis is exacerbated by Covid-19. As an innovative fund, Education Cannot Wait is breaking new ground - but more needs to be done. Financing is absolutely essential.”

Of the 3.5 million children reached, 30% are refugees and 15% are displaced within their own countries. ECW's funding has also trained 41,500 teachers.

Océane, a 10-year-old from the Central African Republic, is a beneficiary of ECW's funding. Living in a displacement camp since 2014, she had never been to school - until she joined an accelerated learning programme.

She said: "I am really happy with my classes. I do not have to sell any more doughnuts. Now, I can read and write the alphabet. My favourite classes are French and math.”

The ECW report also revealed that:

He told about Theirworld's projects in partnership with ECW and the Dutch Postcode Lottery to mobilise funding for the education of refugee children in the Greek islands. He said: "That's where ECW really brought together this idea of new forms of partnership for rapid action - but also building out a long-term, sustained plan."

On promises made since 2016 to get all Syrian refugees in school, van Fleet said: "We really need not to have political amnesia. We made commitments, we have all the technology and the resources. Young people are holding all of us to account. If we don't achieve these goals, it's because we gave up - and there's no excuse for us to give up."

The toll of the devastating explosion in Beirut last week is becoming clearer - with more than 80,000 children displaced and about 120 schools damaged or destroyed.

"Public and private schools have sustained damage ranging from windows blown out to more fundamental infrastructure damage. These schools serve approximately 55,000 children and it will be crucial to rehabilitate them before the start of the new school year," said UNICEF spokesperson Marixie Mercado.

UNESCO said the blast had partially or completely destroyed about 70 public schools and 50 private schools in Beirut and neighbouring areas. Such devastation threatens to disrupt the new academic year and deprive about 55,000 Lebanese and non-Lebanese students enrolled in these schools of their right to education.

Lebanon's education ministry has asked the UN agency to co-ordinate the school rehabilitation efforts. The country is home to more than 600,000 school-age refugee children - but half of them are still not getting an education.

Back to school after five months in Gaza

Gaza is a rare bright spot in the pandemic, w/only 80 confirmed cases among the blockaded enclave’s pop of 2 M.

This week, we opened all our 277 schools in Gaza w/advanced health & safety measures, bringing 286K Palestine refugee children back to school for catch-up sessions! pic.twitter.com/iEMn5g3djt

Hundreds of thousands of children walked through the streets of the Gaza Strip to return to classes after five months of shutdown. But authorities said they were ready to close schools again if coronavirus cases spike.

Health workers will sanitise Gaza's schools twice a day, said officials with the UN agency UNRWA. Children do not have to wear masks but must bring their own lunch and outdoor breaks are banned.

Turkey announced that schools will start to reopen on September 21 in a gradual transition to in-person education. Distance learning will begin on August 31, when schools had previously been set to open.

More than two in five schools around the world lacked access to basic handwashing with soap and water before the pandemic – a key condition for schools to be able to reopen and operate safely.

A joint report by the World Health Organisation and UNICEF said around 818 million children (43%) lack basic handwashing facilities at their schools, which puts them at increased risk of Covid-19 and other transmittable diseases.

More than a third of these children (295 million) are from sub-Saharan Africa. In the least developed countries, seven out of 10 schools lack basic handwashing facilities and half of schools lack basic sanitation and water services.

“Access to water, sanitation and hygiene services is essential for effective infection prevention and control in all settings, including schools," said Dr Tedros Adhanom Ghebreyesus, WHO Director-General. "It must be a major focus of government strategies for the safe reopening and operation of schools.”

Half of Nepali girls may not go back to school

7% of girls in #Nepal are concerned about their ability to return to school once reopened, and 45% of girls’ households have lost income due to #COVID19, according to a @RoomtoRead survey. Businesses can take an active role to guarantee girls’ education. https://t.co/lBvLCMY9r5

More than half of female students in Nepal may not go back to school when they reopen, a literacy organisation has warned.

Some of the girls, especially from poorer families, have been helping to support their families while others have fallen prey to child labour and sexual exploitation, according to Room To Read.

“Keeping girls at school was already a difficult task - but this pandemic is keeping them away from school and is putting them at a higher risk,” said Salina Tamang at Room to Read Nepal.

The organisation said 53% are at risk of not returning when classes restart, after conducting a survey of nearly 4,000 girls. 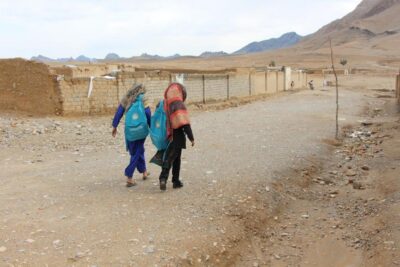 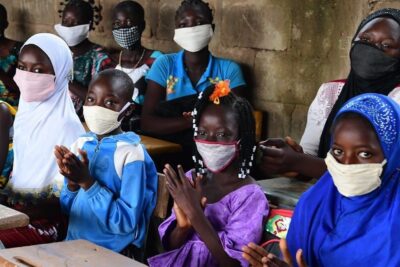