Funding will help to prevent girls dropping out of school in a crisis zone - while classes cancelled by Covid-19 are resuming after nine months in Kenya and Ethiopia.

Education Cannot Wait has approved funding that will help 300,000 children and youth affected by a growing humanitarian crisis in the Central Sahel countries of Burkina Faso, Mali and Niger.

Girls are disproportionately affected - so 60% of the beneficiaries will be female students from pre-school to secondary.

The $33.3 million investment grants will leverage a further $117 million from partners and the private sector to deliver inclusive, quality education. It means ECW - the fund for education in emergencies - has approved $103 million in the past month for vulnerable children in the Central Sahel, Democratic Republic of Congo, Nigeria, Colombia, Ecuador and Peru.

“Millions of girls and boys in the Central Sahel live on the frontlines of armed conflicts, hunger, forced displacement and poverty. Covid-19 and a rise in climate change-induced disasters exacerbate the challenges they already face in realising their right to education," said Gordon Brown, UN Special Envoy for Global Education and Chair of the ECW High-Level Steering Group.

In Burkina Faso alone, more than 2.6 million children and youth are out of school and 1.7 million students are at risk of dropping out.

Schools reopen in Kenya and Ethiopia after nine months

Schools in Kenya and Ethiopia have started to fully reopen after being closed by the Covid-19 pandemic since the spring.

Hundreds of children queued through Nairobi's biggest slum Kibera on Monday, as Kenya became the last country in Africa to restart classes for all ages. Students in grades four, eight and 12 returned to class in October to prepare for exams.

Some parents at Olympic Primary School in Kibera were unhappy that, despite the use of face masks and hand sanitisers, about 100 children were squeezed into each classroom, sitting three at a desk. Maurice Oduor told Reuters news agency: "The government has said our children must go but they are not safe according to how I see it."

In Ethiopia, 37,000 schools have reopened for more than 20 million students. Parent Melaku Admasu said: “My children are going to school in shifts and have strict instructions from their school not to share items and food.”

BBC to put lessons on TV during lockdown https://t.co/P7stEjpfHG

The BBC will provide the biggest education offer in its history as England and Scotland entered new lockdowns which will see millions of children out of school after the Christmas holidays.

From next week, the CBBC channel will have a three-hour block of programming for primary school pupils and BBC Two will focus on content for secondary school students. Other educational shows and resources will also be available.

School closures have prompted concerns about how parents will be able to help home school their children while working - and overcome the gulf in access to tools such as the internet available to poorer and richer families.

"Education is absolutely vital," said BBC Director General Tim Davie. "The BBC is here to play its part and I’m delighted that we have been able to bring this to audiences so swiftly."

In other pandemic-related news, Zimbabwe has postponed the reopening of schools planned for next week, due to a surge in infections and a tropical storm sweeping through the region. Many students missed school for much of last year.

Germany announced schools will remain shut until the end of January, while Ireland and Ukraine have closed schools for three weeks. Sweden has allowed remote learning for secondary students for the first time to avoid crowding in classrooms and on public transport.

Hong Kong extended its suspension of face-to-face school classes until mid-February. Abu Dhabi has approved remote learning for schools for the first two weeks of the new term.

In Cambodia a six-week lockdown was relaxed and private schools have started reopening. Students at public schools are due to return next week.

School students in Cambodia will learn about the dangers and laws around human trafficking from an updated curriculum starting this year.

The Southeast Asian country - which faces US sanctions if it does not improve its record on human trafficking by next year - will add lessons for primary and high school students, the education ministry said.

Sex trafficking will be a specific focus of the new lessons, which will also cover drug offences and other crimes. The lessons will help students understand the different forms of human trafficking, the roles of schools and communities in prevention, and the relevant laws and rights.

"Education is part of prevention," said Chou Bun Eng, deputy head of the Cambodian government's counter-trafficking agency, whose office developed the lessons with the education ministry and will train teachers to deliver them. 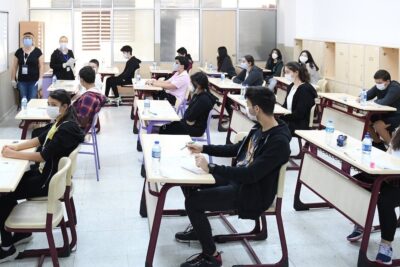