Thousands of schools damaged by South Asia floods, a superhero to tackle violence at school and hope for rural Pakistani children are in our roundup.

Thousands of schools in South Asia have been damaged and others are being used as shelters after devastating monsoon floods forced millions of people from their homes.

In Bangladesh, over 1,800 primary and community schools have been damaged by floodwaters.

Five million children are among the 12 million affected by the flooding, UNICEF has estimated. In India, over 10 million have been affected across Assam, Bihar, parts of Uttar Pradesh and other north-eastern states, including more than 4.3 million children.

"Millions of children have seen their lives turned upside down by the torrential rainfall, flooding and landslides," said Jean Gough, UNICEF Regional Director for South Asia. "As the rains continue, these numbers are only likely to grow."

In Nepal, the 47 known child victims include two students who were buried when their boarding school collapsed in Arunachal Pradesh state.

Rohingya refugees living in Cox's Bazaar, Bangladesh, have also been hit by flooding. David Skinner, Rohingya Response Team Leader for Save the Children in Cox's Bazar, said: "At least 90 of our facilities have been damaged including dozens of our learning centres and child-friendly spaces. It's vital we get these up and running as soon as possible because these are often the only places Rohingya children can learn and play in a safe and supportive environment."

In 2017, floods in India, Bangladesh and Nepal killed 1,200 people and destroyed or damaged 18,000 schools - leaving 1.8 million children with no education.

It’s finally time to unveil the winning comic book! Meet superhero Cipta, who was created by 18-year-old Rizka from Indonesia. This is how she uses her powers to #ENDviolence in schools👉 https://t.co/swwijVdPZm pic.twitter.com/IJS6Cu6VOW

A comic book superhero has been chosen to help end violence against children at schools. She is Cipta, a 15-year-old who brings her drawings to life to defeat invisible forces, restore peace and keep schools safe.

Cipta  is the creation of 18-year-old Indonesian artist and activist Rizka Raisa Fatimah Ramli, who was named as the winner of a global UNICEF competition to help end bullying and intimidation.

Rizka's prize was to work with a professional team to publish her own comic book. She presented this to leaders from government, business, civil society and United Nations agencies in New York. The book will be distributed to 100,000 schools worldwide.

“I hope Cipta can inspire others to take action, especially those that are afraid to speak up,” said Rizka. “Through the comic I want to help other young people overcome their fears and use their own superpowers to stop bullying and violence, including through art and expression, such as drawing, writing, activism or acting.”

Theirworld's report Safe Schools: The Hidden Crisis revealed the enormous scale of attacks on schools and threats to education suffered by millions of children around the world. It said estimates show as many as half the world’s teens have experienced bullying in and around school. One in 10 girls and women under the age of 20 have been subjected to sexual violence in a school.

Some of the most marginalised children in Pakistan are to be helped into education by a major new project.

It will expand access to school for more than 81,000 children - half of them girls - who are currently out of school or at risk of dropping out in Khyber Pakhtunkhwa province, where 1.1 million children don't go to school.

Most of them are from poorer households in rural areas affected by violence and insecurity. Emergencies can have a devastating impact on a child’s education, particularly for girls.

The Access for Out of School Children to Education and Safe Schools in Pakistan (AcCESS) project will work closely with communities to create better learning facilities, improve learning outcomes and increase the number and quality of teachers.

Brazilian football star Richarlison called for more investment in education when he received a special award.

The Everton striker - who scored as Brazil won the Copa America final last week - broke with protocol at the ceremony to make his plea.

Richarlison, 22, was at the state government to receive the Commendation of Sporting Merit Jose de Anchieta Fontana - a big honour for anyone from the Espirito Santo state of Brazil.

More than half of Brazilians aged 25 and over failed to complete basic school education, according to data released last month. That includes 7% with no schooling and 33% who did not finish primary school.

54,000 children in Somaliland to get education

More than half of children in crisis-hit Somaliland don't go to school - but a multi-year programme is aiming to change that.

The government of the autonomous region of Somalia - together with Education Cannot Wait and UNICEF Somaliland - has launched a project to increase access to quality education.

Education Cannot Wait - the global fund for education in emergencies - is providing a $6.7 million seed funding allocation to kickstart activities. Additional donors will cover the remaining $57.3 million needed over the three years.

“The Somaliland government is proud to be in partnership with Education Cannot Wait," said Somaliland Vice President Abdirahman Abdillahi Ismail. "With over 50% of children out of school, the ECW investment will support 18,000 girls and boys per year to access quality education services."

The target is for the combined funding to reach 54,000 children a year. 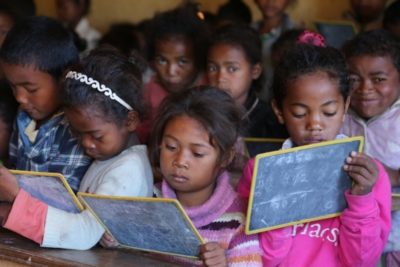