The 21-year-old from Sierra Leone, who is one of our network of young education campaigners, is the winner of the first Global Student Prize.

Theirworld is celebrating the fantastic news that Jeremiah Thoronka - one of our network of inspiring Global Youth Ambassadors - has been named as the winner of the first Global Student Prize.

The 21-year-old from Freetown, Sierra Leone - who wins $100,000 - was selected from more than 3,500 nominations from 94 countries. He was one of three Global Youth Ambassadors (GYAs) who made the final 50 of the competition, which aims to find “an exceptional student, making a real impact on learning, the lives of their peers and on society beyond”.

Jeremiah, who grew up in a single-parent family in a slum community, invented a device that uses kinetic energy from traffic and pedestrians to generate clean power.

When film star Hugh Jackman announced him as the winner, Jeremiah said: “I feel amazing. I feel so much hope for what I do. It’s wonderful.”

Theirworld has more than 1,000 GYAs in over 80 countries, working together to end the global education crisis. The programme is a connected community of young campaigners and social entrepreneurs aged 18 to 30 united in their passion for social justice and the right to education.

Dawn Humphreys, Theirworld's Senior Youth Engagement Manager, said: "We are delighted to learn that Jeremiah has been named the winner of the Global Student Prize. We see young people in the Global Youth Ambassadors network pioneering innovations in their communities around the world that are improving access to education every day. It is fantastic to see this being recognised and we congratulate Jeremiah on this thoroughly deserved award."

Jeremiah was congratulated by Sierra Leone's President Julius Maada Bio, who said: "He has dedicated himself to improving his community, his country and to addressing issues like pollution and climate change."

When Jeremiah was a child, his community in war-torn Sierra Leone had no schools, hospitals, roads or electricity. Every night more than 30 students would study using a locally-made laptop, which produced a large amount of smoke.

This led him to invent a mini-hydro and windmill dam that provided energy to the students. Since then, he has used his skills to develop Optim Energy, a device that harnesses energy from heat, vibrations and weather to create affordable and clean power in local communities.

A successful pilot programme was run in Jeremiah’s neighbourhoods - Makawo in the northern part of Sierra Leone and Kuntoluh, east of Freetown. With just two devices, the start-up provided free electricity to 1,500 people, as well as 15 schools with more than 9,000 students.

The other GYAs who made the final 50 of the Chegg.org Global Student Prize 2021 were Blessing Akpan, 23, from Nigeria and Obakeng Leseyane, 23, from South Africa.

Blessing grew up in an environment where children did not have access to quality education. She started working with young children in rural communities, using alternative learning systems, and founded her own company - Bees Learning Hub - which focuses on remote learning and skills development.

Obakeng was the first person in his family to receive a scholarship and complete high school. His advocacy work inspires other young people to see it's possible to go into higher education. He has enrolled more than 300 students in quality institutions through his organisation EdConnect Labs.

Listen in to the winning speech of the Global Teacher Prize 2021 winner, Keishia Thorpe.

The winner of the 2021 Global Teacher Prize, run by the Varkey Foundation and worth $1 million, Is Keishia Thorpe - a high school teacher who has devoted her career to educating immigrant children in the United States. She teaches English at a school in Bladensburg, Maryland, where more than 85% of the students are Hispanic and 95% are from low-income families.

Thorpe grew up in poverty in Jamaica, before immigrating to the US on a track and field scholarship. While studying, she volunteered as a tutor in an inner-city school and was inspired to become a teacher when she saw the lack of opportunity for students.

Learning she had won via a video link from the ceremony in Paris, Thorpe laughed and then sobbed. She said: "This is to encourage every little black boy and girl that looks like me and every child in the world that feels marginalised and has a story like mine and felt they never mattered."

Do you want to become a Global Youth Ambassador? Apply here. 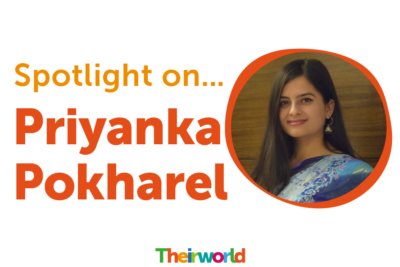 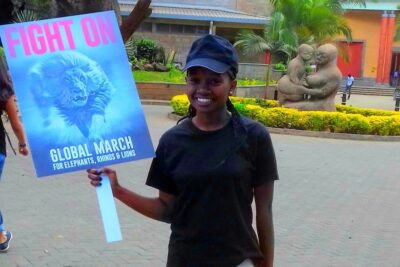 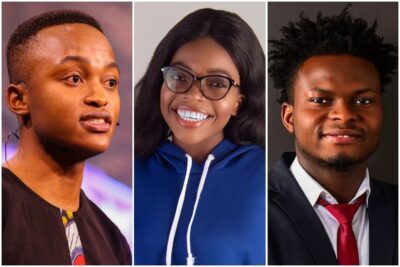 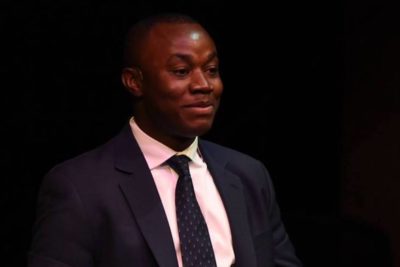