Teachers and schools in conflict zones around the world are getting advice and training on how to be prepared for attacks or having their buildings used for military purposes.

In northern Cameroon, teachers are being trained how to keep their schools safe.

The programme helps them to evaluate risks facing their schools and to develop action plans so that they and their students know what to do in an emergency.

Some 1600 teachers have been trained so far. Plans include appointing student leaders, designating assembly points and practising emergency evacuation techniques.

The training by UNICEF - in partnership with the European Union -  also includes techniques for providing traumatised children with psychological support and making schools feel like a safe place in the midst of the chaos.

"Ensuring access to education for crisis-affected children is important - however, opening schools is not enough," said Marie-Pierre Poirier, UNICEF's regional director for West and Central Africa.

"Children and teachers need to be equipped with knowledge and skills, to be prepared and able to mitigate the effects of something dangerous happening around the school premises."

Across the world, there is a growing recognition that all children have the right to a safe education.

Last week Denmark became the 64th nation to sign the Safe Schools Declaration - a political commitment to protect education during armed conflict and help to ensure a country’s future.

Many of the countries worst affected by attacks on schools and military use of schools have signed up. They include Afghanistan - where 1000 schools were closed last year because of Taliban attacks - the Central African Republic, the Democratic Republic of Congo, Somalia, South Sudan and Sudan.

The Global Coalition to Protect Education from Attack (GCPEA) has also drawn up guidelines for how schools can protect themselves.

GCPEA said: “Parties to armed conflict also use schools and universities as barracks and bases, for weapons storage, as detention centres, and for other military purposes, jeopardising the safety of students and staff and forcing schools to close for varying periods of time.

“In the long term, such attacks on education and military use of schools impede student attendance and enrolment, inhibit learning, diminish the quality of education and reduce the numbers of people who are qualified as teachers.

GCPEA’s full technical guide on protecting schools - organised in seven categories - can be read here. Here are some of the main points.

Armed guards and patrols can protect teachers, students, and school buildings and infrastructure, as well as provide them with a means of self-defence.

While some schools have privately engaged armed guards, in most cases they have coordinated such measures with ministries, local police and security forces, local community leaders, councils or other government entities.

However, these measures should be used with caution since they may have the opposite effect of endangering children, rather than protecting them, and of impeding their access to education, rather than preserving it.

For example, the use of armed guards or escorts should be limited to the times of day or year when schools are most at risk.

Armed guards should be based in an area that minimises their contact and interaction with children and they should be trained in child protection practices.

We were on the bus to school and we saw armed men next to our school so we stopped. The teachers were on the way, they weren’t there yet, so the bus driver called them and told them not to come because men were inside the school. So we stopped going to school.

Negotiations as a strategy to protect education

School and community leaders can negotiate agreements with parties in armed conflicts, including government forces and non-state armed groups. The aim of these talks - at national or community level - is to stop schools being attacked or used for military purposes.

While those in leadership positions will typically carry out such negotiations, teachers and school administrators should be sensitised to possible risks involved in the negotiation process, such as appearing to support one party or another.

They should take measures to ensure the school is recognised as a neutral space.

Effective early warning systems can, in some cases, ensure that children and staff are removed from harm before attacks occur.

Schools can work either independently or in coordination with government ministries, UN agencies, NGOs, local councils and community leaders to implement early warning or alert systems to communicate quickly about threats or attacks on schools.

This can enable education communities to temporarily close schools, transfer students to schools in safer areas or provide alternative delivery of education.

In situations in which it is unsafe to continue education in formal schools, education can be provided through alternative means.

Relocate to places where education is delivered, such as to homes, community buildings, places of worship or other community sites.

Relocation should be carefully considered, however, since these spaces are often also targeted in contexts where education is attacked.

Students, education personnel, and students’ guardians should receive mental health and social support when they experience targeted attacks on schools or frequent or ongoing exposure to conflict outside school.

Psychosocial support should incorporate appropriate community, cultural and religious healing practices and should include establishing referral systems for children and adults who may need specialised mental health services.

It is critical that boys and girls, as well as education staff, feel safe in their schools to effectively teach and learn. The continuity of education is vital to contain further violence and prevent any aggravation of the crisis. Keeping schools free from any sort of military use is equally vital.

Plans should incorporate measures to be taken before, during, and after an incident, as highlighted above. 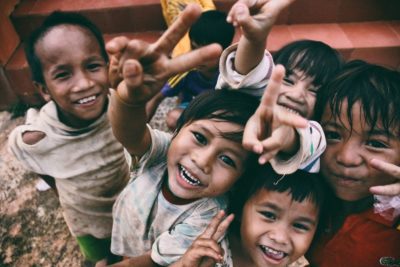 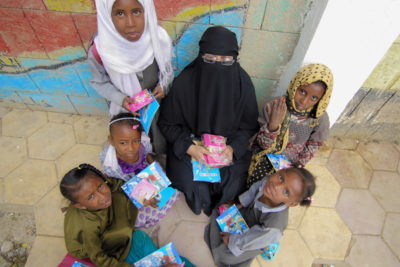