The girls were upset that no action was being taken to protect them - but action by authorities mean they will no longer have to travel to a neighbouring school.

Around a dozen Indian teenagers called off a week-long hunger strike yesterday after authorities stepped in to ensure they would not face sexual harassment travelling to school.

The teenagers had just graduated and had to walk to a neighbouring school to continue their studies - but claimed men would make lewd remarks and attempt to touch them inappropriately on the way.

Upset by the lack of action, around 40 girls began a sit-in, demanding their previous school be upgraded to a high school so they need not walk to the next village.

A number went on a hunger strike, with several taken to hospital after fainting, local media reported, generating widespread interest and mounting pressure on local authorities to act.

Haryana state education minister Ram Bilas Sharma intervened as attention grew, announcing the campus would be equipped as a high school with a new principal and enrolments starting today.

"We have upgraded the school at Gothra (village)," he told reporters, to much celebration from the protesters.

Television footage showed the girls' families rushing to them with juice boxes as the strike was called off.

The students' protest came as Haryana reeled from two shocking rape cases over the weekend.

On Sunday, police arrested a man after he raped his ex-girlfriend and bashed her to death with bricks.

In a separate case, a 10-year-old was discovered five months pregnant after enduring sustained sexual assault at the hands of her stepfather.

A court Wednesday granted the girl permission to have an abortion despite Indian law prohibiting terminations beyond 20 weeks. 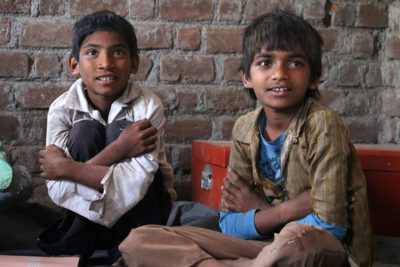 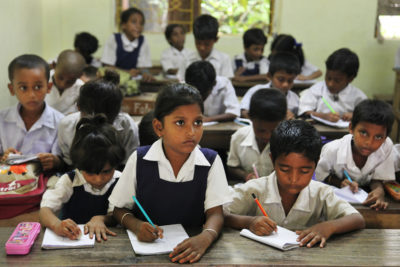 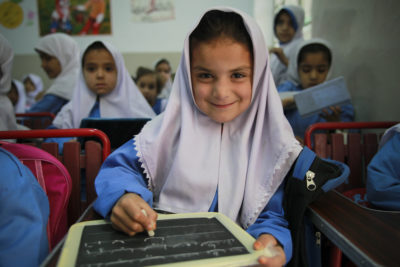 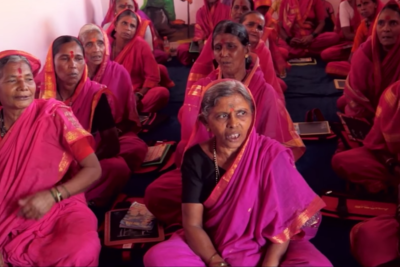 School for grandmothers: Indian women aged 60 to 90 get lessons for the first time