Emergency education is a priority to help the thousands of children who have experienced tragedy and trauma.

The deadly earthquakes that devastated the Indonesian island of Lombok killed 460 people and sent tourists fleeing.

A series of tremors between July 29 and August 9 also damaged hundreds of schools, leaving thousands of children without crucial education and safe spaces in the wake of a traumatic experience.

The country's National Disaster Management Authority said more than 600 educational facilities have been damaged on Lombok, which is home to more than 3.3 million people . The education ministry yesterday said that included 341 primary schools and 124 preschools.

It said emergency class tents and schools will be built soon to get students back into education quickly.

She added: “Most people are still displaced. They need safe shelter, drinking water, hygiene kits and counselling, especially children who are very scared about going back inside buildings."

YPII staff said thousands of children, many of whom were left homeless from the first earthquake on July 31, have been out of school for more than a week.

Plan International's Country Director, Dini Widiastuti, said YPII was the among the first agencies on the ground and is looking to prioritise education and psychosocial support for children.

"We have sent 1000 school kits to Lombok and will erect our first big tent which will be used to provide psychosocial support to the children affected by the earthquake," she said.

"This might also be used as a temporary school but currently we are liaising with the local government on this."

Indonesian President Joko Widodo visited earthquake victims at an emergency camp and assured them that education for their children would be among the priorities.

Ibu Wingkan, 40, a mother of two young girls, told CARE Indonesia that her home was destroyed.

“Since the first earthquake, my husband and I have not been able to go to our rice farm," she said. "We have lost our income, our home and the children’s school is destroyed. I am so afraid and don’t know how we will manage."

"While parents try to protect and comfort their children, there is increasing urgency and need for clean water, food and shelter.”

The National Disaster Management Authority and Command Post for Lombok Earthquake said there was reported damage to 606 schools, three hospitals and 67,875 houses. 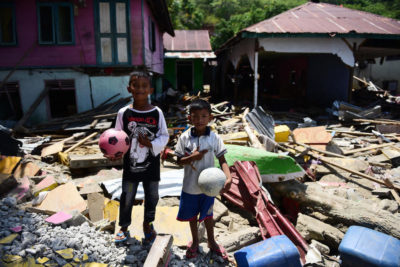 Safe Schools: getting children back into education after disaster strikes 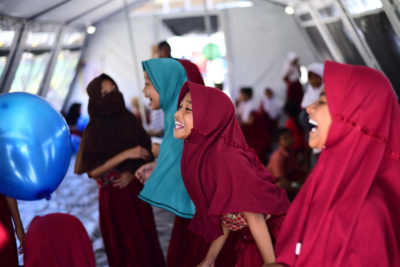 60,000 children to get emergency education after Indonesia tsunami 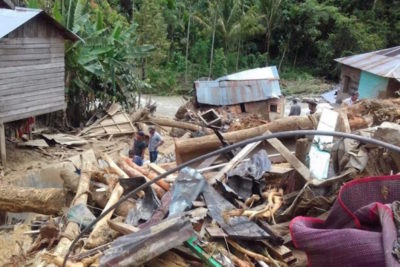 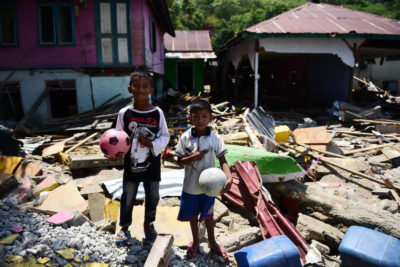 Children clean up classrooms as some schools reopen after Indonesia disaster