Peter Tabichi from Kenya - who has improved education, promoted peace and addressed food insecurity - has been named the world's best teacher for 2019.

Peter Tabichi spends his life helping others. He is a Franciscan friar and a teacher at a poorly-equipped school in rural Kenya, where he gives away 80% of his monthly income to help the community.

His students have taken on the country’s best schools in national science competitions, he has promoted peace between different ethnic groups and religions, and helped to address food insecurity in the famine-prone Rift Valley.

Peter was chosen from 10 finalists as the worthy winner of the Global Teacher Prize 2019, which comes with a $1 million award.

“I’m immensely proud of my students," he said. "We lack facilities that many schools take for granted - so as a teacher, I just want to have a positive impact not only on my country but on the whole of Africa.

"Teaching is in my blood. My father was a teacher. My uncles and cousins were also teachers. Caring for people is in my heart.”

Peter is a science teacher and Franciscan Brother who believes passionately in the ability of his students at Keriko Mixed Day Secondary School in Pwani Village, situated in a remote, semi-arid part of the Rift Valley.

95% of them are from poor families, almost a third are orphans or have only one parent, and many go without food at home. Drug abuse, teenage pregnancies, dropping out early from school, young marriages and suicide are common.

Just to reach the school, students must walk over four miles along roads that become impassable in the rainy season.

The children come from a host of diverse cultures and religions and learn in classrooms with little equipment. The school has only one computer, poor internet, and a student-teacher ratio of 58 to one.

But that doesn't stop Peter from trying or teaching new things.

He said: “To be a great teacher you have to be creative and embrace technology. You really have to embrace those modern ways of teaching. You have to do more and talk less.”

He started by introducing a Talent Nurturing Club and expanding the Science Club. The hard work and belief in his student’s abilities paid off when Keriko Mixed Day Secondary beat some of the best schools in the country in the Kenya Science and Engineering Fair 2018.

His students showcased a device they had invented to allow blind and deaf people to measure objects.

Peter's teaching stretches far beyond the classroom to address the daily struggles of people in the wider community.

The area experiences famine every three to four years, which means children struggle to concentrate in class because they don't get enough food at home. Peter has been teaching local people how to grow famine-resistant crops.

Through making his students believe in themselves, he has dramatically improved their’ achievement and self-esteem. Enrolment has doubled to 400 over three years and cases of bad behaviour have fallen from 30 per week to just three.

The achievement of girls in particular has been boosted - they now lead boys in all four tests set in the last year.

"Seeing my learners grow in knowledge, skills and confidence is my greatest joy in teaching," said Peter.

"When they become resilient, creative and productive in the society, I get a lot of satisfaction for I act as their greatest destiny enabler and key that unlocks their potential in the most exciting manner."

The Global Teacher Prize is presented annually by the Varkey Foundation to an exceptional teacher who has made an outstanding contribution to their profession.

Read our coverage of previous winners 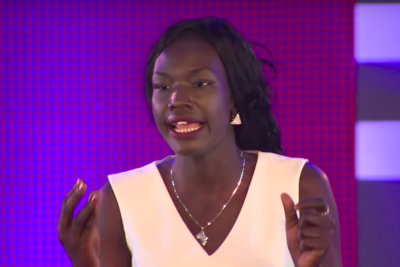 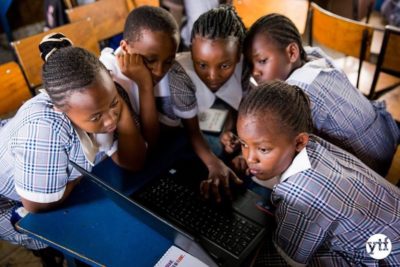