A large number of the mainly Honduran families travelling through Mexico for the US are fleeing violence and limited access to schooling.

A convoy of thousands of migrants is still snaking its way slowly through southern Mexico - grabbing global attention along the way.

Determined to reach the United States, their numbers include hundreds of children. Many of their families are driven by a desire to give their kids a better education and a brighter future.

“Our education system is not good. And if the children need to go a doctor, I cannot take them,” said Ruth Gomez, a mother from Honduras.

It's one of the poorest countries in Latin America, with two-thirds of its people living in poverty. The public education system is hopelessly underfunded and often riven by violence.

The human caravan that President Donald Trump is determined to halt at the US border set off from the Honduran town of Huixtla - 1100 miles away - nearly three weeks ago. At least two-thirds of them are Hondurans, according to Alden Rivera, the country's ambassador to Mexico.

Others from El Salvador and Guatemala have joined en route and swelled the numbers to as many as 7000, say some estimates.

UNICEF said many of the children and families in the caravan are fleeing gang and gender-based violence, extortion, poverty and limited access to quality education.

"Sadly, these conditions are part of daily life for millions of children in the region," said the United Nations children's agency.

"Each day, families facing these harsh conditions make the painful decision to leave their homes, communities and countries in search of safety and a more hopeful future."

Lack of educational opportunities in Central American countries was cited as a factor in people attempting to cross into Mexico and the US in a UNICEF report published in August.

There are 1.9 million children in the Honduran state-run school system. But a survey found that 60% of students don’t feel safe in, or going to and from school.

The president had earlier said while on a tour of schools in September that many are forced to shut down - sometimes “staying open for 60 days per year” because of violence in and around the schools.

UNICEF is worried that the arduous journey has left children in the convoy exposed to dangerously hot temperatures, with limited shelter. Some have fallen ill or suffered from dehydration.

Last week Mexico said all the migrants could apply for asylum. Temporary identification papers would allow them to get jobs and have their children educated, said President Enrique Pena Nieto.

Some agreed to do so and some began to return home - but many others vowed to continue walking towards the US.

People like Jaled, who said the convoy was marching "because there is no work in Honduras, no education, nothing good". 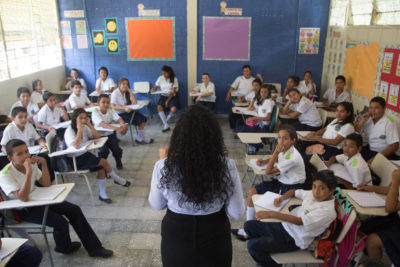 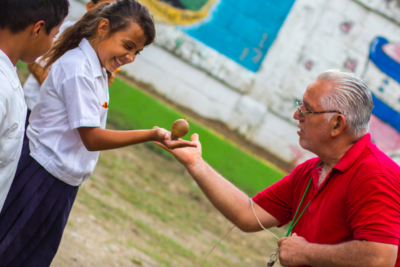 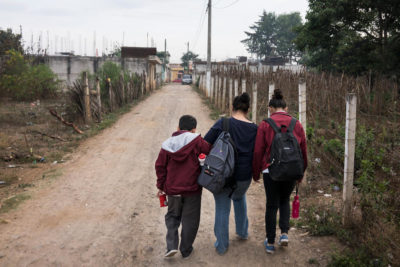