27,000 schools and colleges will take action following the killing of a student, who was burned to death for making a sexual harassment claim against a teacher.

The horrific killing of a teenage student has resulted in Bangladesh ordering 27,000 schools to take action to prevent sexual violence.

The case of Nusrat Jahan Rafi has sent shock waves across the country and sparked days of protests. She was attacked and burned to death for refusing to withdraw a sexual harassment complaint against the head of her school.

The Bangladeshi government has now demanded that schools and colleges each set up five-person committees to tackle the issue of gender-based violence and sexual assaults.

"The committee will be led by female teachers. They will take steps to prevent sexual harassment and take up any complaints," said Shahedul Khabir Chowdhury, director of the Directorate of Secondary and Higher Education.

Sexual violence against girls at school is a worldwide issue. Theirworld's report Safe Schools: The Hidden Crisis spotlighted this recently and revealed that one in 10 girls and women - about 120 million - under the age of 20 have been subjected to sexual violence in school.

School-related gender-based violence (SRGBV) is a human rights violation. But the report said that in some countries it is "common for teachers and educational staff to subject children and young people to SRGBV".

It added: "Where (often untrained) teachers are the perpetrators, sexual acts can be traded for the payment of school fees and other school-related expenses, or in exchange for grades, with teachers refusing to give children qualifications or allow them to progress to the next level of their education unless their sexual requests are met."

The murder of 19-year-old Nusrat in Feni, south of the capital Dhaka, put police action in the case under the spotlight.

She went to police in late March to report the harassment, said the news agency AFP. A leaked video shows the local police station chief registering her complaint but dismissing it as "not a big deal".

Police say Nusrat was lured to the rooftop of the Islamic school she attended, where her attackers ordered her to withdraw a police complaint against the school head. When she refused, she was doused in kerosene and set on fire.

Police said at least five of those under arrest, including three of her classmates, tied her up with a scarf before setting her on fire. They had planned to pass off the death as a suicide.

Nusrat died in hospital on April 10 after suffering 80% burns - but she managed to give a statement about the attack. At least 20 people, including the head teacher, have been arrested.

Chowdhury told AFP the school committees are being formed by an order from the country's high court, which in 2009 laid down a set of guidelines to prevent sexual harassment of women and children at workplaces, schools and on the streets.

Prime Minister Sheikh Hasina has vowed that all those involved will face action and police say they are investigating why more was not done to protect Nusrat.

"I joined the protest because Nusrat Rafi's murder was a wake-up call for all our women," Dhaka University student Antara Labiba told AFP. "I am also a victim of sexual harassment. I think most women in Bangladesh face sexual harassment in their families, schools, markets and workplaces."

Theirworld's Safe Schools report said the risk of students being sexually assaulted isn't confined to school. Being harassed or attacked on the journey to school means many children and their parents are forced to weigh up these dangers against the benefits of getting an education.

The report said: "Journeys to school can bring a range of dangers, from threats to physical assault, rape or forced recruitment into gang or armed groups.

"In a study of 7,000 children in 11 countries across Africa, Asia and Latin America by the charity Plan International, over a quarter of the girls interviewed reported never or seldom feeling safe on the way to or from school." 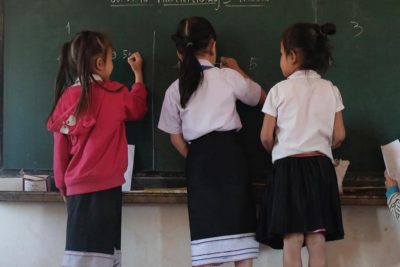 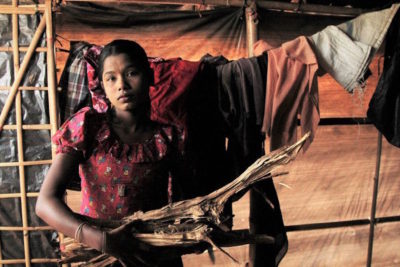 Trapped in hot refugee camp tents, Rohingya girls dream of being in school