As a global youth survey looks at the changing workplace needs, we spotlight an idea that links companies with potential young workers.

A few years ago, Thabo Ngwato's job prospects looked bleak. After graduating from high school, he started studying at the University of Johannesburg - but was forced to drop out when his mother retired and cash ran short.

For a year and a half he hung around his home in a poor township in Boksburg, east of Johannesburg, playing football with friends and occasionally making job applications in town.

He got no response - not a surprise in a country with one of the world's most persistently high youth unemployment rates.

In South Africa, a record 5.5 million young people are searching for work unsuccessfully, many living in slums far from big employers.

But one day a friend mentioned to Ngwato he had found work through Harambee, a South African "youth employment accelerator" that links talent-hungry businesses with promising poor kids.

The Youth Skills and Innovation Initiative was set up last year by the Global Business Coalition for Education (GBC-Education). Bringing together youth, industry leaders and experts, its mission is to help young people be ready for the jobs of the future.

Today is the last day for people aged 15 to 29 to take part in the initiative's Global Youth Survey, to better understand youth perspectives on the changing workforce.

"The best description I've heard is that we're a dating service and a finishing school," said Lebo Nke, an executive at the Johannesburg-based social enterprise, which since 2011 has helped more than 50,000 youths find work, including Ngwato.

For the past two years, the 23-year-old has worked at a Johannesburg call centre, earning enough to support his mother and nephew. He recently bought his first car to speed up his three-minibus trip to work.

"I know how to network, look for employment. The skills are ones I can take anywhere," he said.

Globally, South Africa has one of the highest unemployment rates at 26%, a figure that has steadily increased over much of the last decade.

Among young people, things are worse. One in three aged 15 to 24 are not employed, studying or in any kind of training, according to 2018 figures from government agency Statistics South Africa.

The reasons include a public education system with high drop-out rates, slow economic growth, black empowerment schemes that have benefitted only a few, and poor leadership by former President Jacob Zuma, who resigned in February facing corruption charges.

They have few prospects of finding work they can reach, or teaching their children how to get it.

"It's the geography part that's often missed," said Jak Koseff, head of Tshepo 1 Million, a youth jobs push run by Gauteng Province, where Johannesburg is located. "It's really at the heart of the problem."

To change that, Harambee sends young recruiters - who it calls "feet on the streets" - into deprived townships and collects contacts of young people hoping for jobs.

It then invites some into its offices for a day to gauge their interests and skills, test their analytical thinking, and help them create an email account and CV.

It also offers advice on everything from how to dress for a job interview to the kinds of questions they might be asked. Those without interview clothes can pick up an outfit free.

Young people who show promise for challenging jobs get additional assessment and then vocational training - as much as eight weeks for call-centre work - once a specific opportunity is identified.

"They teach you things like how to manage if you get a difficult boss," said Ayanda Figlan, 25, currently on the training programme. "Someone might offend you but you can't fight with them and you can't cry."

Employers pay a share of Harambee's spending to prepare a candidate if they hire one. A big pool of well-coached applicants has helped them increase the diversity of their workforce and find staff who stick around, they say.

Cathy Kalamaras, managing executive for people at Webhelp SA, the Johannesburg call centre where Ngwato works, said on average more than 60% of call-centre staff quit before two years. But the two-year retention rate with Harambee workers is 97%.

"They're willing. They're hungry. Some are the main breadwinners of the family," she said. 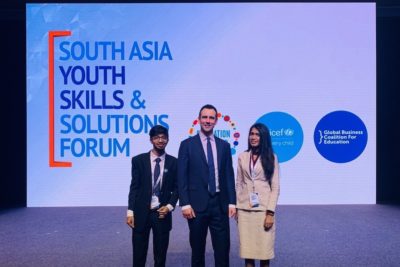 'The key is to keep learning to learn': solving the South Asia youth skills crisis 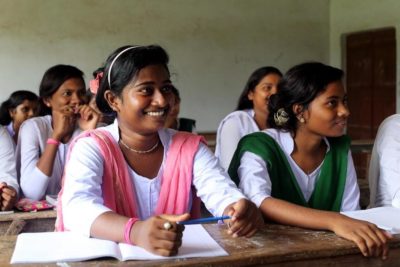