Singer, songwriter and campaigner Shakira has delivered the world’s biggest ever petition on education - the #UpForSchool Petition, which has been signed by more than 10 million people.

She handed a book containing the signatures - which demand that world leaders take action and deliver on a promise of education for every child - to United Nations Special Envoy for Global Education Gordon Brown in New York.

Shakira said: "Today I've been given the amazing honour of delivering this #UpForSchool Petition, written to world leaders meeting at the UN this week. In this book there are 10 million signatures.

"59 million kids are out of school and in every year that passes millions of kids will be born into the same cycle of poverty and lack of opportunity. We cannot afford this. We can be the first society to eradicate poverty and to figure out an intelligent way to bring education for all. But we need to move faster.

"We need the commitment of leaders around the world and we need them to put children's education at the top of their agendas. Universal access to education is the only way to secure a more stable and prosperous world."

Mr Brown accepted the petition and told Shakira: "You are leading the greatest civil rights movement for change. An end to child labour, an end to child trafficking, an end to child marriage - by giving every child, particularly girls, the chance to have education.

"I am going to take this to every world leader, take it to the Secretary-General of the United Nations and I'm going to tell them Shakira has said there is not a moment to lose. We must give every child the right to education. Let's do it now."

The handover was also attended by two of A World at School's network of 500 Global Youth Ambassadors - Dawnique Shury from Guyana and Benedict Joson from the Philippines.

Just hours before the ceremony, the petition passed the 10 million signatures milestone. In just one year, the #UpForSchool campaign has united the voices of millions of young people, NGOs, faiths, businesses, schools, celebrities and civil society - all with a shared goal of education for every child.

From Bangladesh to Kenya, Norway to the Philippines, the petition has grown into a truly global movement.

Millions of people from more than 200 countries have added their names to stand up for the 59 million children around the world who are not at school due to child labour, early marriage, discrimination, conflict and emergencies.

The petition was delivered as world leaders gathered for the UN General Assembly. As they prepared to set the Sustainable Development Goals    for the next 15 years, the #UpForSchool message is one that no government, politician or leader can ignore.

#UpForSchool was launched in New York during the UN General Assembly last September. One year on, an #UpForSchool Town Hall event will be held in the city on September 28 to mark the hand-in of the petition to world leaders.

Shakira - a passionate advocate for children's education in her home country of Colombia and around the world - has been a crucial campaigner for the petition, mobilising the power of her millions of followers on social media.

She is the founder of the Barefoot Foundation (Fundacion Pies Descalzos), which she created in 1997 to support poor and vulnerable children in Colombia. The foundation has built schools as part of its mission to provide high-quality public education. It also offers early childhood development initiatives in those schools.

Shakira is also a UNICEF Goodwill Ambassador and in 2010 she was awarded a UN agency medal for being "a true ambassador for children and young people, for quality education and social justice" 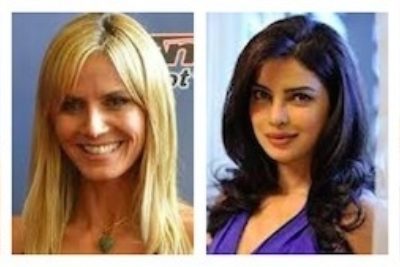