The number of children living on the streets of the country's cities is growing - and many of them are second or third-generation homeless without any official papers.

Barefoot and wearing shabby clothes, the two-year-old wanders through the dirty streets of Cairo alongside her mother, who has also spent all her life without a home of her own.

For Egypt's government and civil society groups, tackling the growing problem of street children - some from second- and even third-generation homeless families - is proving difficult.

In the low-income district of Sayeda Zeinab, workers from the ministry of social solidarity set out to help street children, this time to give them first-aid training.

Members of the ministry's "Children Without Shelter" programme wear matching green shirts bearing the slogan "We are with you... a safe decent life for every child."

They train the youngsters in first aid, and at the same time try to gather any paperwork so they can move them later to a shelter.

But on this occasion, the team returned empty-handed, with no other option but to leave the children to continue fending for themselves in the street.

"The law doesn't allow shelters to receive children unless they have a birth certificate," said team leader Ahmed Mohammed Ahmed.

"Most of them are second- and third-generation street children and don't have any official papers, and usually their fathers refuse to acknowledge paternity," he said.

According to the most recent ministry figures from a 2014 survey, Egypt has about 16,000 street children, said Hazem el-Mallah, spokesman for the "Children Without Shelter" programme.

However, the United Nations children's fund UNICEF estimates there are tens of thousands of street children in the country, its Egypt representative Bruno Maes says.

"The main factors pushing the children out of their homes are domestic violence... incest and poverty," said Maes.

"In general, it affects households experiencing unemployment, drug use, low or no education", he said.

Hannah Aboulghar, a paediatrician at the Banati Foundation which has worked with street children since 2009, says no figures are credible but the problem is getting worse.

About 24 million people - nearly a third of the country's 90 million population - live below the poverty line, according to official figures.

"The problem is definitely deteriorating, and the figures are rising while the ages of the street children are declining," said Aboulghar.

She said street children come mainly from the mushrooming "poverty belt" of slums outside cities such as the capital and Alexandria. Government estimates show about eight million Egyptians live in such areas.

"During the beginning of the previous decade, most street children came from poor villages in the south, but in the last 10 years the slums have expanded exponentially," said Aboulghar.

The slums "have been throwing children into the streets where they practise prostitution, theft and begging," she added.

"If I'd been educated I would have become a very good person.

Civil society organisations such as the Banati Foundation that work with street children face the same difficulties as the government in helping them.

In Banati's large shelter, toddlers play in a nursery with toys, paper and paints.

They are second- or third-generation street children for whom Banati was able to produce identity papers, thus saving them from the fate that befell their constantly homeless parents.

"The real problem is that there are entire generations living on the streets," said Aboulghar.

Among them are three children of 22-year-old Amira, who has herself been homeless since the age of five.

Yet she wishes she had gone to school. "If I'd been educated I would have become a very good person," she said.

Amira got married informally, which deprived her children of official birth certificates.

But Banati was able to help document her marriage to the children's father, who is now serving a prison term for theft.

The documentation made it easer to acquire identification papers for her children, who were then transferred to the shelter where they now live.

Banati also offers support to vulnerable young women who can potentially turn to the streets, such as 15-year-old Nesrine.

She has been wanting to get married since she was 12 so she can "get out of the house and live away from problems". 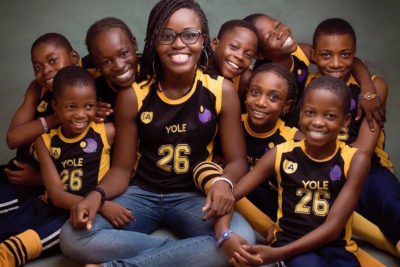 Dancing and learning, the Nigerian street kids backed by Rihanna and other stars 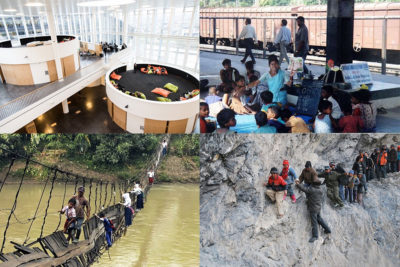 15 of the most unusual schools in the world 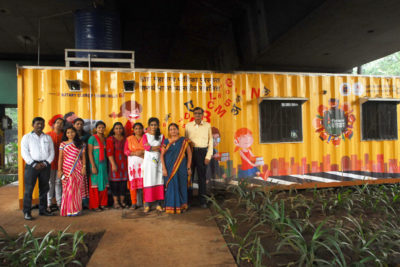