In the latest of her Better Angels podcast series, Theirworld President Sarah Brown talks about the role of creativity in change to film-makers Nadine Labaki and Steve Nguyen, children's illustrator Nick Sharrat and Syrian activists in Lebanon.

Writers, artists and musicians have been the creative force behind world-changing campaigns for many years.

Listen to the podcast here

Nick recently travelled to Lebanon with Theirworld, where he met Syrian children at a refugee camp in the Bekaa Valley and a school in Beirut.

"I went along with my books and my drawing materials. I spoke with the children and heard their stories and then I showed them my books," he tells Sarah.

"My books are very much humour-based so it was wonderful sharing the jokes and the humour. They’re also very visual and they laughed at my work and we drew some very silly drawings together."

Nick says when he heard some girls giggling, he realised this was a safe place where they could relax after their traumatic experiences and just be children.

He adds: "These children have been in extraordinary circumstances and under a lot of stress and pressure.

"For all children, drawing can be a wonderful release and just a lovely way to stretch your imagination and to have fun.

Fun is a really really important part of growing up."

Nadine Labaki - whose acclaimed 2007 film Caramel is about the lives of women in Lebanon - grew up in Beirut during the civil war.

She says film-making "allows me to talk about the things that become obsessions. It’s my scream for help sometimes.

"I see film now as a way to really change the world, to really open subjects and open debates.

"Growing up in the civil war, boredom was a big part of my life. Sometimes we didn’t go to school, sometimes we couldn’t play outside, sometimes we would live for weeks behind the sandbags. Watching films really allowed me to escape my reality. It allowed me to discover the world."

Steve Nguyen specialises in making short films, animations and music videos - and shares them with his huge social media following

"For me, art and storytelling are the same thing," he tells Sarah. "I try to maximise my message through words, through my voice, the images - I put my heart and soul into it when I work on something.

"It really makes a difference when you don’t say too much. The art, the animation - that does all the talking."

Steve has collaborated with Theirworld on several projects, including making the film RISE for our A World at School movement which showed how three of our Global Youth Ambassadors had overcome terrible trauma in their childhood.

The Mobaderoon group hold theatre workshops with Syrian refugees in Lebanon. Anas Yunes, an actor trained in interactive theatre, says: "Theatre is a tool to make a discussion about anything. We motivate people to change their fates."

Abir AHajibrahim, a co-founder of the organisation, tells Sarah: "No matter what is happening inside Syria, we need to put our eyes on the future of our country.

"It helps to have a place where they (young people) can express their feelings. It is very hard to lift their eyes to the future but techniques like interactive theatre can get people engaged easily. 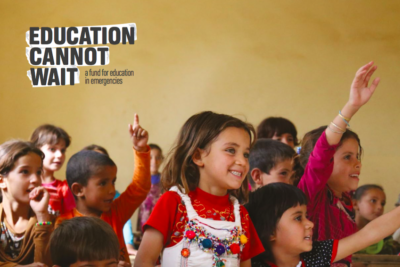 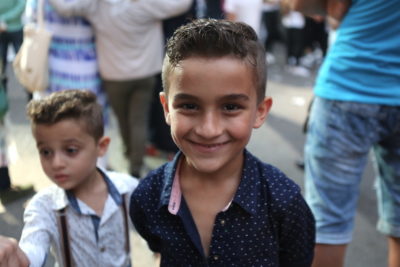 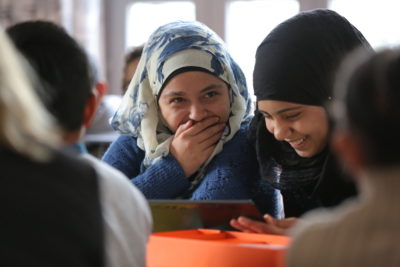