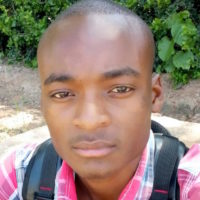 A Global Youth Ambassador from Tanzania tells his story from humble beginnings to speaking at the UN and graduating from secondary school.

My name is Saul Paul Mwame. I was born in 1999 in a small village called Kibaigwa in Tanzania.

I am the first born in a family of four children. My parents have never been to school due to a lack of awareness of the importance of education as well as  financial difficulties my mother's parents had.

My father was abandoned by his father following the death of his mother when he was young. My mother became a peasant farmer like her parents, while my father trained to become a traditional/local beekeeper.

Since he performs beekeeping in a traditional/local way, he spends some nights in the forest in his beekeeping activities as he believes that the bees are less active during the night than during the day.

Although the bees sting his hands, he tolerates the pain as he wants to support the family. One day he fell down from a very tall tree as he was attacked by a snake in the top of the tree - but he survived, he never gave up.

When I was still a little child my mother assisted my father in the forest during the night. They managed to get a terribly small amount of honey which they sold at a very low price to the traditional/local beer microbreweries and my parents managed to take me to primary school.

I became motivated to study very hard in spite of the circumstances I faced.

When I reached the age of 10 I started assisting my father. I started spending nights in the forest with him. Sometimes we could fall asleep at 1am, 2am or 3am, then I was supposed to wake up early in the mornings to go to school. This affected my concentration during classes due to lack of sleep.

I was not satisfied with the situation that my family had. I used to see airplanes flying in the sky and I became ambitious that one day I would become an aerospace engineer. I became motivated to study very hard in spite of the circumstances I faced.

After graduating from primary school with good grades, I was successful in joining Kibaigwa Secondary School. This was a public secondary day school which had an unsupportive environment for learning.

Science teachers could attend classes just once per week and I began to lose hope about my dream of becoming an aerospace engineer.  After one year in secondary school I wrote a letter about my difficulties to an expensive private school where my parents could not afford to pay the school fees.

I became sponsored financially by The Mvumi School Trust Office to join DCT Mvumi Secondary School, a private boarding school which was better than the public school.

I studied hard at DCT Mvumi school since failure to get good grades could lead to being excluded from the school and losing the sponsorship. I managed to graduate in 2017.

My time at DCT Mvumi Secondary School was filled with good and hard times - since the school was very far from home and I stayed in school.

Sometimes I became full of stress as I missed my parents. I was elected as the School Academic Prefect and the chairman of the students' residence committee.

I worked with the teachers and the head of the vision-impaired department to know the challenges facing the blind students and see how we can be a part of the solution.

In June 2017 I applied for a speaking role at the UN General Assembly's High Level SDGs action event on education. I was successful to be selected among the six youth speakers out of hundreds of young people from all over the world who applied for the role.

I expect to go back to DCT Mvumi for A-level education (high school) in July 2018. This will take two years to graduate from and then the sponsorship will end as the Mvumi Trust office does not provide financial support to students to go to university.

I know that there are people who regard some Africans as beggars - but I don’t care that I asked for help when I needed it, because I know that asking for help is not a sign of weakness but a sign of strength. It shows that you appreciate and you are ready to learn from others.

My parents are struggling a lot to make sure that my siblings, including my younger sister, go to school. I never blame anyone for my difficulties, not the government nor my parents. I owe myself victory as it begins in the mind no matter who you are or where you were born.

I am obsessed with improving myself every day through reading books for personal development, learning from successful people and acting positively with a winning mentality.

Nothing can stop me but me. I am still ambitious and I dream that one day I will become the first to establish an aerospace university in my country and have a good financial situation. That way I could provide support to people who face difficulties in my country and Africa at large through my organisation Building Africa's Future Initiative.

I believe that love can change the world. If I love people and treat everyone kindly, the world will be a better place. 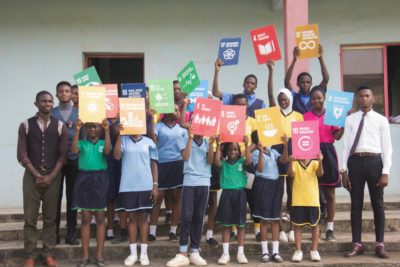 “We mentored students in skills needed for transformative leadership” 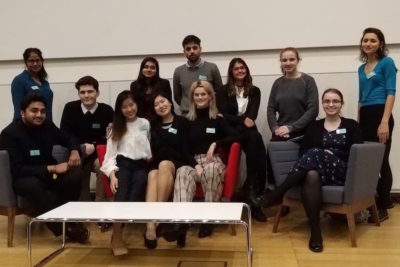 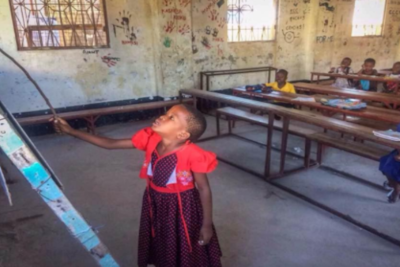 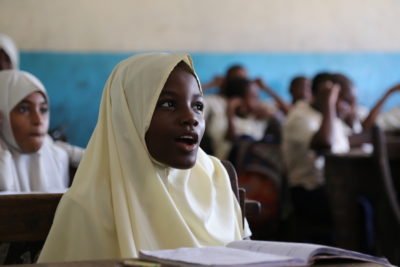